The arachnology section is founded on a long-standing tradition of the Senckenberg museum. In the year 1833 the Senckenbergische Naturforschende Gesellschaft’ obtained the collection of Karl Friedrich Wider. Since then arachnology developed in Frankfurt into a centre for Germany and Europe. In a worldwide comparison Senckenberg is listed together with important museums such as the American Museum of Natural History in New York.

The activity of Senckenberg in the field of arachnology is almost as old as the Senckenberg Society itself, which was founded in 1817. First it was Karl Friedrich Wider, a priest in Beerfelden (Odenwald, Germany), who dealt with native (German) spiders since 1825. His important collection, his numerous drawings and manuscripts were acquired by the Senckenberg Society in 1833. In the following year, 1834, the medical doctor Adolph Reuss published the seemingly important parts of Wider’s manuscripts and thus made a substantial contribution to the first Senckenberg publication (Museum Senckenbergianum, 1). Many names of the herein described species are still valid and are commonly used by every arachnologist. Wider’s collection is almost completely preserved, – in contrast to most collections of his contemporaries.

This was the beginnings of the arachnological collection in the Senckenberg according to Kraus (1967; in German). Numerous arachnologists followed and worked at the Senckenberg museum, published on Senckenberg material or deposited their collection in Senckenberg: among others Carl Koch, Philipp Bertkau (‚Spinnen aus der Rheinprovinz’), Reginald Innes Pocock (Kükenthal’s collections from the Moluccas), W. Dönitz, Wilhelm Bösenberg und Embrik Strand (Spiders from Japan). Strand revised material from different regions of the world (amongst others the Aru-/Kei-Islands; Hanseatic expedition to the South Seas) and worked in the years 1910 and 1912 in the museum.

Soon after the first world war a cooperation started between the Senckenberg and Carl Friedrich Roewer, which continued until his death in 1963. Senckenberg purchased step by step his extensive collection and his private library, which still represents a dominant part of the current arachnological collections. The large amount of type material from Roewer himself, but also of other arachnologists (Ludwig Koch, Eugene Simon , Tamerlan Thorell, Philipp Bertkau, Friedrich Dahl et al.) makes Roewer’s collection and thus the collection of Senckenberg one of the most important current collections in the world.

A second focus among the Senckenberg material relates to the collection and library of the father and son Viets. They worked on fresh-water mites. Their collection was aquired in 1966, contains more than 16000 series and over 2000 species making it one of the largest collections of this kind in the world.

In 1954 the arachnological section was for the first time administrated by a full-time curator, Otto Kraus. In this period many cooperations were initiated (e.g. Prof. Dr Rudolf Braun, Prof. Dr Jochen Martens), which partly last until today. The unique legacy of the arachnologist Hermann Wiehle, which is well-known to most arachnologists through his accurate drawings in the series “Tierwelt Deutschlands”, could also be preserved in the Senckenberg for the future.

Between 1969 and 2002 the arachnological section was administrated by the personel of the section Marine Invertebrates II. Dr. Manfred Grasshoff took care for more than 30 years, even after his retirement, such that the order achieved (i.e. the collection system) was preserved and maintained. He represented German arachnolgists as correspondent of the CIDA (Centre international de documentation arachnologique) a centre for exchange of information and literature, which became the International Society of Arachnology (ISA) in 1999. Despite his own intensive research on corals and animal evolution, he kept arachnology alive, which is reflected in many visits by scientists to the collection and the library.

Since 2002 the arachnology section again has a full time curator and moved within the building from the aquatic to the terrestrial department – so to speak from water onto land; a step which was performed by the early arachnids as early as the Silurian period.

Since 2018 the section of Arachnology moved to the newly renovated Jügel-Haus (former main building of the Johann Wolfgang Goethe University). Collection and library are housed in modern rooms, spacious rooms invite guest researchers for research visits. 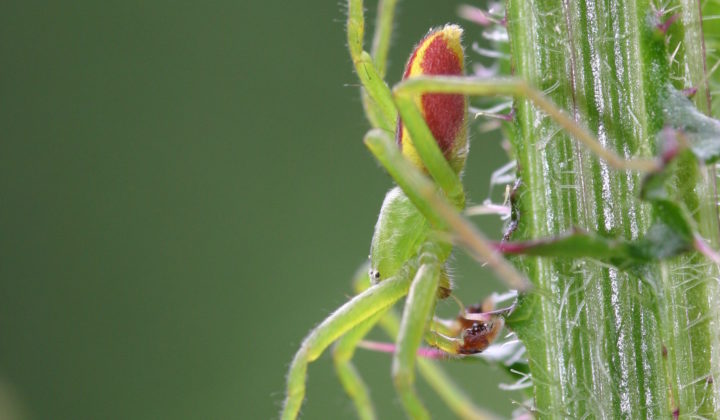 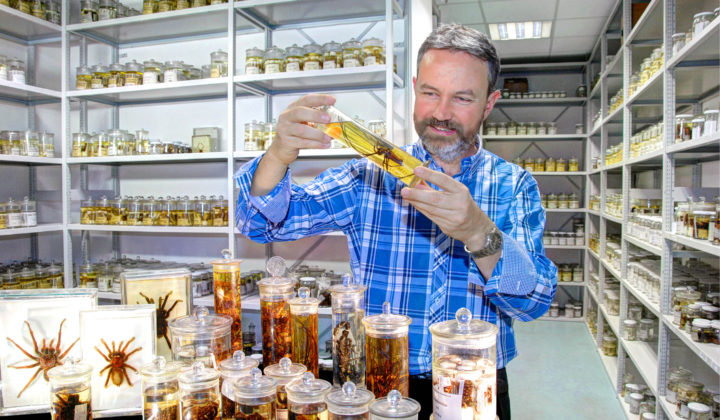 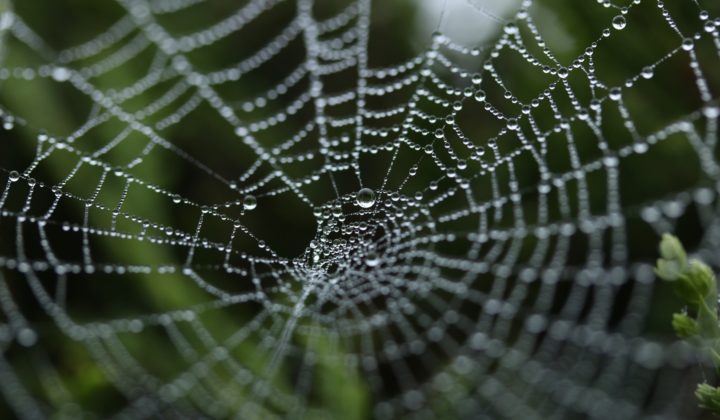 Dr. Peter Jäger is the Head of the Subdepartment Arachnology. 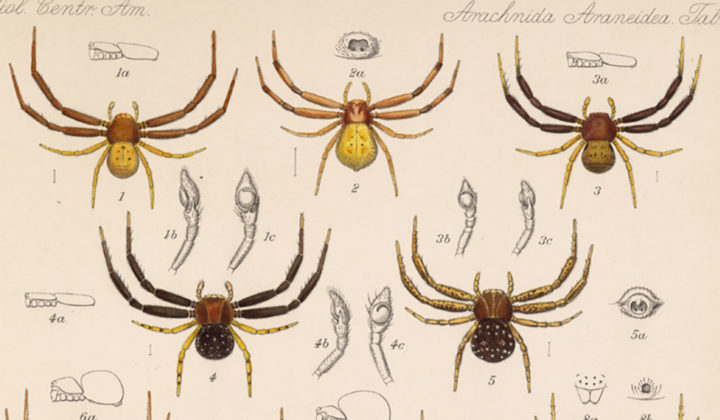