Why do we end up the way we are and what had to happen before that? Since Bárbara Rodriguez Álvarez got a fossil of an ammonite by her dad when she was a kid, she has been studying the traces of the past as an archaeologist. Some of those traces are so little – one can only make them out under a microscope. Nevertheless, they carry a huge bulk of information. With one mosaic stone after another, she puts together the picture of a society from hundred thousands of years ago.

Mrs Rodríguez Álvarez, why did you choose the profession of an archaeologist?

As far as I can remember, the fascination for the past goes back to an event from my childhood. One day my dad gave me the fossil of an ammonite, which he had found somewhere. This incident awoke an incredible interest in me for the past – which I have kept until today. As a little girl, it was incredibly fascinating to me to imagine that actually life existed already millions of years ago.

I was only ten years old when Stephen Spielberg’s “Jurassic Park” made it to the cinemas. I can very well remember watching the movie from the second row in an overcrowded cinema. Of course, some scenes scared me but even at that age I could see myself carrying out research on dinosaurs.

Did you first want to become a paleontologist?

Yes, kind of. At that time the findings of the Palaeolithic Spanish archaeological site of Atapuerca started appearing in  the media. I was fascinated – even more than with the fossils – by the hints and traces hidden  on the remains left by the first human beings. I wanted to find out more about the evolution of the hominins , of  our direct ancestors, and so I ended up with being an archaeologist.

The most fascinating part of my work is the possibility of being one of the first Homo sapiens who can see and touch the stone tools made by other species.

How would you describe your area of research to someone who has never heard about it?

Archaeology is a science which covers a wide spectrum, starting from pre-history and the first tools to the recent so-called industrial archeology.  Thereby, our daily task is to re-create traces of past hominins through the study of the so-called “material culture,” i.e. via objects which were abandoned  behind. Also the behaviour and activities of these groups  can be reconstructed because they left some traces for example there can be recognised the cutting marks on an animal bone done with a stone artefact. Other times such traces are so small and can only be made visible under a microscope at a high magnification. Moreover, there can be identified for example fibers from the plants they cut, which have been stuck to the tools.

In order to not lose any information, the work needs to be carried out as meticulously as possible, from the archeological site to the research in the laboratory. As soon as we start digging, there is always the risk of destroying something. That is why everything needs to be well documented.

And how does that work?

The area of work is usually divided in square meters and every find is given  a x-, y- and z- coordinate. This process is essential because the spatial distribution of the artifacts tells us a lot about how the whole area was utilized.

Hereby, not only stones or bones are collected, but also the sediment, which is water screened and sieved. There are two reasons for this procedure: first, the risk of overlooking something is reduced and second, we are able to collect in this way also pollen or bones as well as teeth of the micro fauna, i.e. small mammals. Such fossils carry information on the scenery as well as on climatic conditions of past times.

You’re mainly focusing on research on quaternary archeology and human evolution. What fascinates you mostly with these fields of research?

Good question! To be honest, during the first years of my studies, I was quite unsure on which time frame I should put my focus on. There were a lot of areas I was quite interested in, but most of all I was fascinated by the evolution of human beings: Why are we the way we are and what had to happen before that stage?

For me, it was most exciting to experience the beginning of the quaternary, the Palaeolithic, i.e. the time frame from around 2.6 million until 10,000 years ago. I wanted to know more about the human beings from that time, what kind of tools they used; their behaviour, how they lived and communicated. Some of our ancestors disappeared while others moved forward, conquered unknown and dangerous territories or fought against others. And this is indeed most amazing thing: We can actually follow their traces and bring them to life again.

What exactly are you researching at the moment?

Right now I am working at the archeological site of Schöningen. On this site, hominis lived around 300,000 years ago close to a lake and hunted horses with spears made out of wood, the oldest ones that have ever been found. Apart from that, they produced stone tools, which I am classifying and analyzing. And I also compare various morphological technical characteristics of these artifacts found at this site.

My goal is to understand the way our ancestors used and exploited the resources during the so-called Reinsdorf Interglacial, and to find out whether the way of use changed over time or kept the same. One of the most fascinating thing about my work is the possibility of being one of the very first Homo sapiens who can see and touch the stone tools made probably by Homo heidelbergensis or by earlier neanderthals.

What can the found artifacts tell about the daily life and culture of human beings who lived here hundreds of thousands of years ago?

The use of tools is an enormous achievement or milestone in human evolution because it enabled or simplified so many daily activities – not only in past times but also today. This is really interesting – human beings transformed stones, animals –which provided not just meat but skin or bones– and also plants. They understood these resources which were more than food but also they could be used for healing or making fire.

The use of tools meant that they had to help each other and shared their knowledge. The tool by its own does not bring that much: I need to know how to make it and use it in the right way. Only when someone teaches me how to make a spear or a flake – a piece of stone with a sharp edge–, or how to cut an animal apart before predators or scavenging animals appear, I can reduce dangers as well as save energy and time.

What I would like to point out with this is: Technological progress is always connected to social and cultural aspects and implies collaboration and coordinated activities. All this information is hidden in artifacts. We bring them back to life and try to complete the puzzle of the humankind.

The most fascinating part of my work is the possibility of being one of the first Homo sapiens who can see and touch the stone tools which were made hundreds of thousands of years ago.

The archaeologist Bárbara Rodríguez Álvarez grew up in Spain and is currently a doctoral candidate at the research department of Schöningen. Among other fields, she is currently carrying out research on the characterization of stone artifacts and their implications for economical and social behaviour. Her main focus is cognitive archeology and cultural ecology. 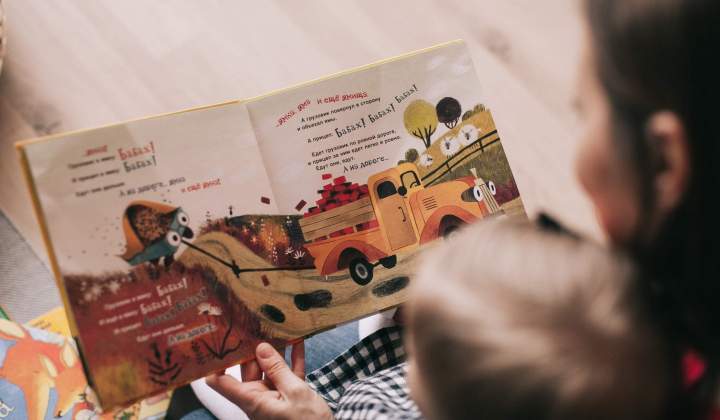 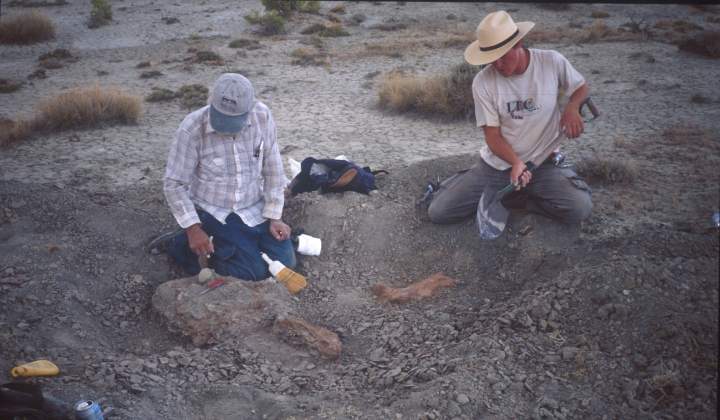 A Big and Very Challenging Puzzle

How does climate (change) influence ecological cycles and what can fossils teach us about the climate of past times? Paleontologist Dr.Smith is fascinated about the roots of life. In this interview, he explains the origins of his excitement for Paleoherpetology and sheds light on the secrets hidden in the Messel Pit.

The collection of the department of Prehistory and Quaternary Ecology at the University of Tübingen represents one of the largest stone age collections in Germany. It contains more than 1.000 000 artifacts, including stone tools, faunal remains, tools made from osseous materials and pottery from important archaeological sites in Europe but also in Africa.