Insects are dying in full swing all around the world. The reason for why humans are the main cause for this global issue and what the effects are is explained by Dr. Viola Clausnitzer in an interview with the Senckenberg online editorial team.

Dr. Clausnitzer, what exactly do you investigate as an expert on insects?

My main area of work is the biogeography and ecology of African dragonflies. Recently, I dealt with the endangerment status of dragonflies in the context of the global IUCN / SSC Red List and was involved in the surveys of key biodiversity areas worldwide.

You carried out the first global survey of an insect order for dragonflies in 2016 for the IUCN Red List. How are dragonflies doing today, and has this project provided ideas for action against the global death of insects?

Like almost all species, dragonflies worldwide suffer from the destruction of their habitat, especially due to water pollution. The water quality in Germany has improved in the last few decades, but from a global perspective, water pollution is growing at an alarming rate. The destruction and modification of valuable habitats, such as through deforestation or through the construction of rivers, populations and species continue to decline. The data on the distribution of many dragonfly species are well maintained, and unfortunately there are now many examples of populations and habitats that have disappeared in the last 20 years.

What exactly is the meaning of the term “Insect Death”?

The main reason is the actions we take as people. We are expanding on this planet at the expense of the other species and using a large part of the available resources.

What are the main causes of insect death and why does this have such a dramatic impact on our ecosystem?   The main reason is the actions we take as people. We are expanding on this planet at the expense of the other species and using a large part of the available resources. Even the relatively small insects have to give way to us. Most of the time we destroy their habitats and thus take away their livelihood. The problem is that ecosystems consist of very complex food webs and that most species are interdependent. The decline of one species can have an impact on many species or even completely different species and ultimately also impact humans. If pollinating insects decline, there are fewer fruits and seeds for everyone.   Is the decline more drastic in one species than in others?   Especially the flower-visiting, flying insects have come into focus in recent years. Hoverflies, rove beetles, bumblebees, solitary bees and bees that form colonies and wasp species are among them. Other flying insects, cicadas, and grasshoppers have demonstrably declined. The same unfortunately applies to the mayflies and stoneflies that inhabit water as well.

Agricultural policy has led to the extinction of small businesses and, above all, promoted industrial agriculture for decades.

Which measures, that are also described in the recently published “Action Plan for Insect Protection and Insect Recovery”, would you rate as particularly urgent? Can insect mortality be stopped in the short term, or are long-term measures required here?   The most important measures currently involve stopping the ongoing habitat destruction, renaturation of degraded habitats, the significant reduction of pesticides and fertilizers in agriculture, and a drastic reduction of the daily re-sealing. Since the population dynamics of species are always subject to various factors, including climatic factors, it cannot be predicted how quickly individual measures will have an impact, or how reliable they seem. We must therefore carry out several measures at the same time and plan for the long term. Since the death of insects apparently affects the entire cultural landscape, or at least large parts of it, something has to change in our land use.   How do researchers proceed with an inventory of species? In order to record the current stock, there are various standardized methods that are used for the respective insect orders have been established and partly applied globally. For the analysis of changes, it is important that reliable historical data is available, so that it can be estimated whether and how the populations have developed. Often there is no such data and one can only estimate the decline.

What can and should happen in politics to help work against the death of insects? What can I do?
Individual people can already do a lot, just by thinking about how we go about things. Gardens, roadsides, and green spaces in cities shouldn’t be treated with pesticides and should have a rich supply of flowers from local perennials, shrubs, and herbs. “Untidy” areas, in which grassland is mowed only once in late summer, offer plenty of food and hiding places for a large number of animals and insects. Even when you’re shopping you can be conscious of buying organic products from sustainable sources. In politics, there should be a restructure of the agricultural sector and new targets should be formulated; resource conservation and biodiversity could, and should, be directly rewarded. In return, subsidies for production or simply for the “normal” cultivation of the area would be reduced. The money to activate this method is already there. By the way, agricultural policy has led to the extinction of small businesses and, above all, promoted industrial agriculture for decades.

How are insects in Germany doing? Which projects are there and where can we get involved?

For the last few years, the topic of “insect mortality”, due to the demonstrable drastic decline, has made its way to the general public. Several projects have been initiated, such as the following: 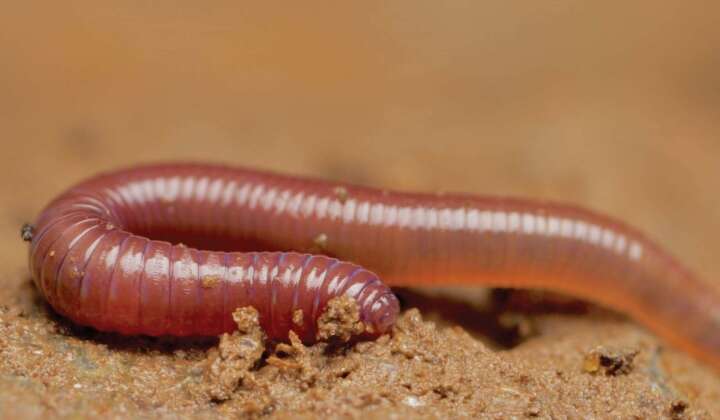 Since 1886 the SDEI focuses on taxonomic and systematic research but also biogeography and ecology. Meanwhile connecting researchers all over the globe by its remarkable insect collection, entomogical library and archive.