Our research activities focus on the study of the herpetofauna of the Neotropics (Central and South America, Mexico and the West Indies) and Southeast Asia. Currently, faunistic, taxonomic and zoogeographic studies are undertaken in the following countries: Thailand, Myanmar, Mexico, Costa Rica, Panama, and Bolivia.

Our studies are taxonomic, zoogeographic, and phylogenetic in nature. We address our research questions with an integrative approach including morphological, bioacoustic, molecular genetic, zoogeographic and ecological data and methods. The large and historically grown herpetological collection at the institute in Frankfurt is an important basis and reference for our scientific work. Due to own collecting of amphibians and reptiles during expeditions into the habitats of our study objects, the collection is still growing steadily.

Our studies belong to the Senckenberg Research Field Biodiversity and Systematics.

Herpetology at the Research Institute and Nature Museum Senckenberg has a long and proud tradition, which includes such luminaries as Oskar Boettger (1844-1910) and Robert Mertens (1894-1975), both of whom have had a major influence on the study of herpetology for many decades, leading to substantial increases in our knowledge of this field.

In 1875, Oskar Böttger became curator of herpetology at Senckenberg Museum. During the period of 35 years as a researcher at Senckenberg, Böttger had lead the herpetology collection from its meager beginnings to a reference collection of world-wide significance. Böttger received the material for his research mostly from two sources: his friends and former students sent him preserved specimens from all over the world, and colleagues from museums world-wide donated or exchanged voucher specimens with him. Böttger knew about the importance of proper preparation techniques of voucher specimens and early on suggested that any alcohol-preserved specimen should be protected from light to prevent bleaching. As early as 1881, he published guide lines for the preparation of amphibians and reptiles. He took the documentation of the collection very seriously, too. His hand-written catalogue, published in three parts between 1892 and 1898, was in use until 1920. Of the 230 species and subspecies of amphibians and reptiles described by Böttger, some 75% are currently considered valid. He also introduced close to 20 genera, almost all of which are still recogniced as valid, including such well-known taxa as Cophixalus, Oreophryne, and Stumpffia amongst the amphibians as well as Blaesodactylus, Ebenavia, Quedenfeldtia, and Hemirhageris amongst the reptiles.

In the course of the 80 years of his life, Robert Mertens was extremely versatile and produktiv, known in the herpetological community well beyond the German speaking countries. Mertens was truly a universal scholar who not only had a general interest in natural sciences but also worked interdisciplinary including research fields such as systematics, zoogeography, ethology, and paleontology in his studies. Mertens worked mostly on tropical faunas and traveled to numerous Latin American countries including Mexico, El Salvador, Costa Rica, the Dominican Republic, Colombia, Venezuela, Trinidad and Tobago, Brasil, Peru, Ecuador and Galapagos, Bolivia, Paraguay, and Argentinia. From the Neotropics alone he described 50 new herpetofaunal taxa, 35 of which are considered valid on the species or subspecies level currently.

Price on request with Exchange of Publications. 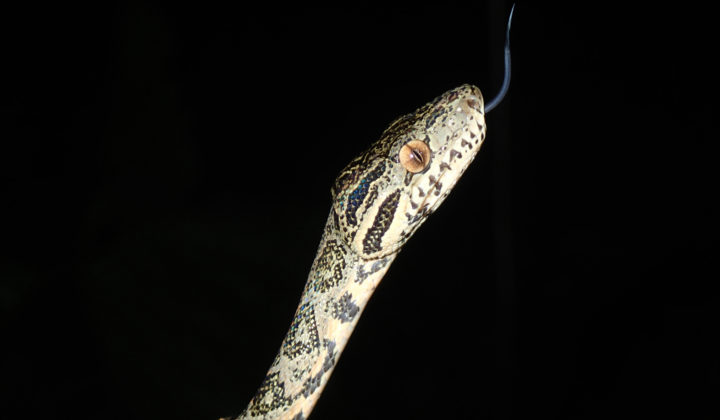 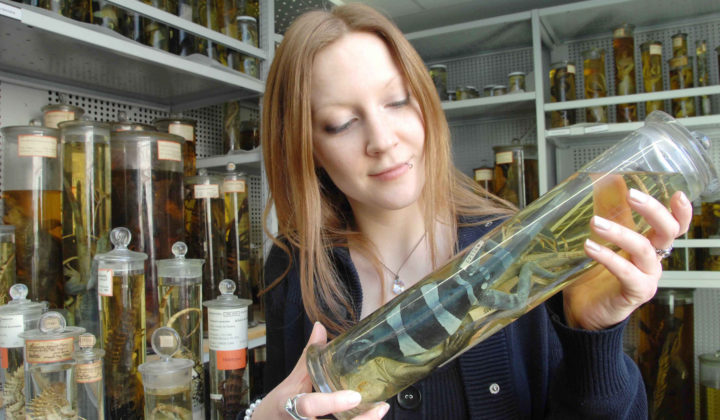 The herpetological collection contains about 110,000 specimens of Quaternary (Recent and Pleistocene epochs) amphibians and reptiles including numerous types from all continents. These serve as a basis for taxonomic, phylogenetic and zoogeographic studies. 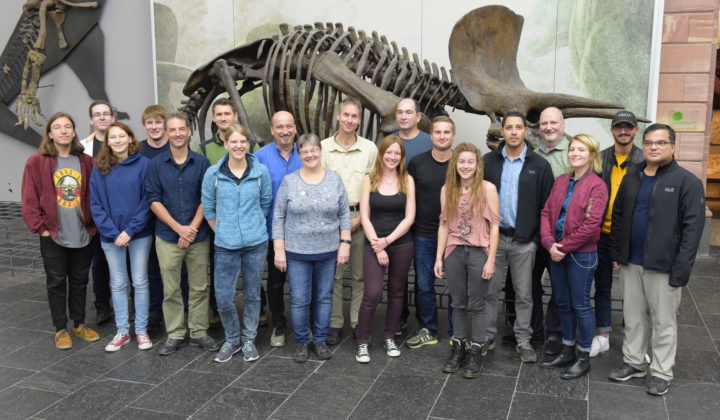 Prof. Dr. Gunther Köhler is the head of the Section Herpetology.