Sediments, pollen, seeds, diverse wooden finds, the remains of large and small mammals, fish, birds and insects allow a detailed reconstruction of the environment and its climate during the interglacially warmer period between the Elster and the Saale glaciations. Man-made flint tools, bone and wooden artefacts and numerous bones with cut and/or impact marks allow a completely new insight into the culture of hominins active in this period.

The excavation and research project were initiated at the beginning of the 1980s under the overall direction of Dr. Hartmut Thieme from the Lower Saxony State Office for the Preservation of Monuments and Sites in Hanover (NLD). In 1992, the first worked wooden artefacts were recovered at the site Schöningen 12 II-1 and interpreted as probable wooden shafts used in connection with the mounting of stone artefacts. In the autumn of 1994 a wooden artefact was recovered at the site Schöningen 13 II-4, very probably a throwing stick but this has never been until now scientifically proven. This was followed by the recovery of 10 spears and other worked woods between 1995 and 1999 including the so called “Roasting spit”.

In June of 2008, a co-operation between the University of Tübingen and the NLD was agreed and established. Since June 2013, the most important finds have been on display in the Forschungsmuseum Schöningen. In August 2016, the Senckenberg Centre for Human Evolution and Paleoenvironment (SHEP) was officially commissioned by the federal State of Lower Saxony to conduct research in Schöningen.

The ongoing excavations in Schöningen are financially supported by the Lower Saxony Ministry of Science and Culture.

Among the numerous new finds, the discovery of egg shells and the remains of three sabre-toothed cats are worthy of note.

In 2015 the special volume 89 of the Journal of Human Evolution about the site Schöningen was published, within which scientists present their findings and conclusions in a balanced context; the site in Schöningen has re-arranged our concept of human evolution in the lower Paleolithic. The Hominins of the lower Paleolithic were more similar to modern day man than has long been assumed. Homo heidelbergensis already had the techniques needed in the construction of sophisticated weapons and tools. He lived within a social structure in which people hunted together, practiced and communicated together, employing demarcation in the division of labor – all these qualities that were otherwise only attributed to modern man.

Head of the Senckenberg Research Centre Schöningen is Prof. Nicholas Conard (SHEP and University of Tübingen). The research laboratories are located in the paleon (now Forschungsmuseum Schöningen) and are situated only 300m as the crow flies from the ongoing archaeological excavation.

Discovery of a throwing stick

On 20th April 2020, the University of Tübingen and the Senckenberg Society for Natural Research announced the discovery of a 300,000-year-old throwing stick. This wooden object – published in Nature EE – shows signs of workmanship and traces of its use as a hunting weapon. This discovery is not only a sensation, but also the result of careful research into the traces of use (in cooperation with Veerle Rots from the University ol Liège).

This new discovery contributes to broadening our horizon of knowledge about the creation and use of mankind’s first weapons in the Lower Palaeolithic period. 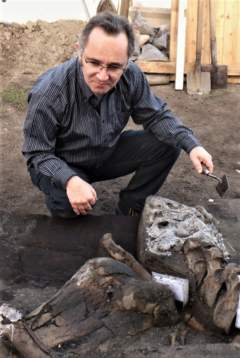 Since 2008 Local director of the Palaeolithic excavations in Schöningen

2006 – 2008 Scientific advisor for the exhibition “Ice Age. Art and culture” in Stuttgart.

1997 – 2004 PhD candidate in the field of Early Prehistory and Quaternary Ecology in Tübingen.

1993 – 1997 Graduate student in Pre- and Early History at the Eberhard-Karls-University in Tübingen.

1991 – 1993 Undergraduate student in Pre- and Early History at the Johannes-Gutenberg-University in Mainz. 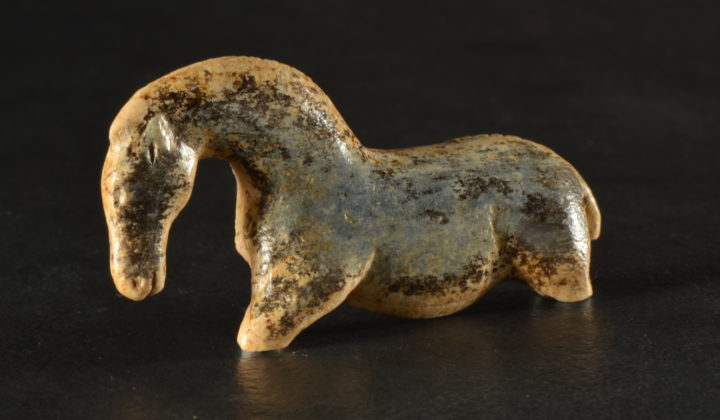 Since Bárbara Rodriguez Álvarez got a fossil of an ammonite by her dad when she was a kid, she has been studying the traces of the past as an archaeologist.