The “Frankfurter Kreuz” intersection is the junction with the highest traffic volume in Central Europe. It was recently rebuilt from 1995 to 2000 on a large scale and was until 2019 affected by construction work on the S-Bahn line leading to the Gateway Gardens business park.

The inner surfaces of the cross are practically not walked on between the care measures, so that plants and animals can develop relatively undisturbed, as long as they can bear the stress caused by noise, vibrations and exhaust fumes.

As part of the project funded by the “Frankfurt/Main Airport Foundation for the Region”, investigations were carried out between 2010 and 2013 on the biotope type, fauna and flora in the inner areas of the Frankfurt interchange. The adjacent areas to the north of the Frankfurt-Flughafen-Nord junction were included, so that the survey area covers a total of 31 ha.

Flora Frankfurt (only in German)

Within the „Frankfurt 21“ project, construction on parts of the railway systems of Frankfurt Central and Goods station was planned. In this context, the Research Institute Senckenberg was entrusted with a study on species and habitat diversity within the areas concerned.

This study was published in 2000. It documents flora, fauna, and habitat types within the areas around the central and freight railway stations. Animals, plants, and biotopes are classified and evaluated based on nature conservation values. Possible effects of the town’s planning projects are discussed. Based on recent monitoring, goals are defined and further procedures suggested. The investigation shows that a high number of areas are highly significant for species and habitat conservation.

The flora of the railway systems is characterized by a rich species diversity (448 ferns and flowering plants) and is primarily composed of elements which immigrated from natural habitats like gravel stratum, rock, grit, or sand plains, but also from arable land or ruderal areas. Also found are numerous neophytes, which were introduced by goods and freight traffic. According to the federal and state endangered species lists, twelve species among the flowering plants are endangered or threatened. Among them are several grasses (e. g. Corynephorus canescens) and dicots like Helichrysum arenarium (Asteraceae), Torilis arvensis (Apiaceae), and Vicia lathyroides (Fabaceae).

With respect to the fauna, birds, reptiles, butterflies, grasshoppers, ground beetles, and spiders were also examined. On both railway systems, a total of 44 bird species, 2 reptile species, 18 species of butterflies and burnets, 19 grasshopper as well as 61 ground beetle species and 145 species of spiders and harvestmen were recorded. The freight station area is of special importance because of the occurrence of the Common Wall Lizard (Podarcis muralis) which is protected by the fauna-flora-habitat directive of the European Union. To date, this lizard species was not known from the urban area of Frankfurt am Main. The closest distribution area is located in the valleys of upper and middle river Rhine.

The railway systems give shelter to a species-rich grasshopper population. Sphingonotus caerulans, dependant on poorly covered gravel and sandy surface, is a species highly endangered across Germany. Here, it finds an expansive area of suitable habitat, which supports a big population. Ground beetles and spiders are represented by a large number of species, too. Numerous of these species are listed in endangered species lists. Three spider species were recorded for the first time in Hesse.

The colour-illustrated brochure (DIN A4 format) was published as volume 38 of the „Kleine Senckenberg-Reihe“ in collaboration with the Division of the Environment of the city of Frankfurt am Main and with financial support by Messe Frankfurt and DBImm (Deutsche Bahngruppe). It can be ordered at the Publication Exchange Service of Senckenbergische Naturforschende Gesellschaft, Senckenberganlage 25, 60325 Frankfurt am Main, Germany – or by e-mail . 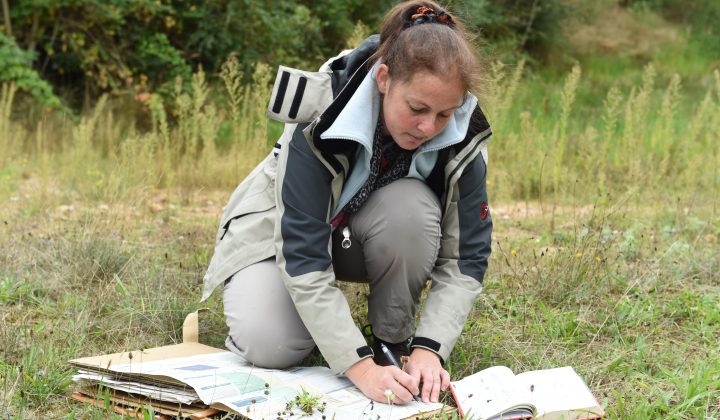 Since 1985, the Senckenberg Research Institute's Division of Botany and Molecular Evolution Research has been mapping biotope types throughout the entire city area – excluding some larger industrial facilities – on behalf of the city council of Frankfurt/Main. 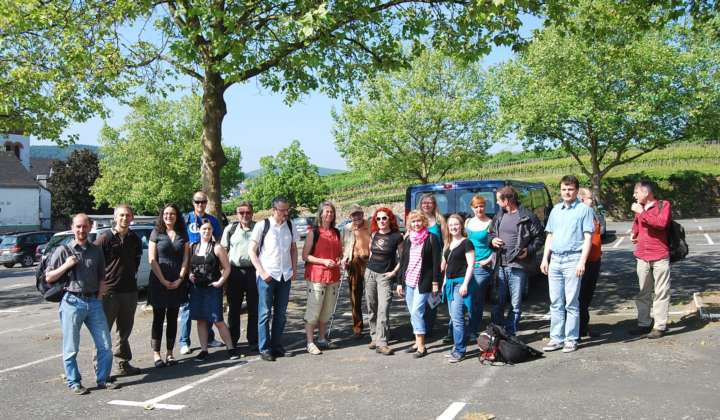