The Messel Pit is a UNESCO World Heritage site preserving fossils of breathtaking quality. Its age, about 48 Ma, places it in the Eocene Climatic Optimum, the warmest sustained interval of the last 66 Ma. The Eocene was the last major “greenhouse” phase of Earth’s climate. Messel gives us remarkable insight into a terrestrial ecosystem at this time, and may hold clues to our future. My work at Messel encompasses the taxonomy of the lizards and snakes, taphonomy, and synthetic analyses of community structure, such as species diversity.

The Eocene is bounded by dramatic intervals of climate change. It begins with the short-lived Paleocene-Eocene Thermal Maximum, when temperatures rose rapidly, especially at high latitude. At its close, temperature plummeted, inaugurating the “icehouse” climate of today. As poikilotherms, squamate reptiles are particularly sensitive to climate change. I am developing a data-set on squamate assemblages that bracket these episodes of rapid climate change. On the one hand, these data help us understand how species responded to climate change and how it influenced modern patterns of biodiversity. On the other hand, these assemblages allow us to reconstruct ancient climates. This specimen-based work relies on detailed morphological studies and quantitative models.

Most of what we know about terrestrial life in the Paleogene in the northern hemisphere comes from the middle latitudes. Particularly in North America, these latitudes not only contain huge deposits of fossil-bearing sedimentary rock but they are also arid, affording a lot of exposure. However, the tropical latitudes host the greatest biodiversity today. Therefore, our understanding of Cenozoic ecosystems will remain highly incomplete without tropical assemblages. My colleagues from Universidad del Mar and I have been exploring southern Mexico in search of vertebrate fossils and have discovered the first Paleogene localities in the tropics of North America. Our work was supported, in part, by the National Geographic Society and CONACYT. These fossils from “World’s End” provide the first view of ecosystems contemporaneous with well-known localities in mid-latitude North America.

Zooarcheology in the Near East

The human lineage arose in Africa, but hominin species migrated several times out of Africa, ultimately colonizing all major land masses except Antarctica. The Levant forms the nexus between Africa and Eurasia and thus an important bridge in the early expansions of human species. The Levant is also rich in fossil sites containing prehistoric hominins. Such sites, frequently but not exclusively found in caves, often yield concentrations of microvertebrate bone collected by other predators that lived there at about the same time. Mixed in with human artefacts, the microvertebrate species provide important clues to the environment in which ancient hominins lived as well as clues to human behavior and ecology. Together with my colleagues Weimar and the University of Tel Aviv, amongst others, I work on microvertebrates from sites such as Qesem Cave in Israel, using taxonomic and quantitative ecological methods.

With over 10,000 species, squamates (lizards and snakes) are one of the most species-rich groups of living vertebrates, and the number continues to grow rapidly with the use of molecular techniques.

Dr. Krister T. Smith is the head of the Section Palaeoherpetology of the Senckenberg Research Insitute and Natural History Museum in Frankfurt/M..

Fossils suggest that the constrictors’ origin lies in Europe 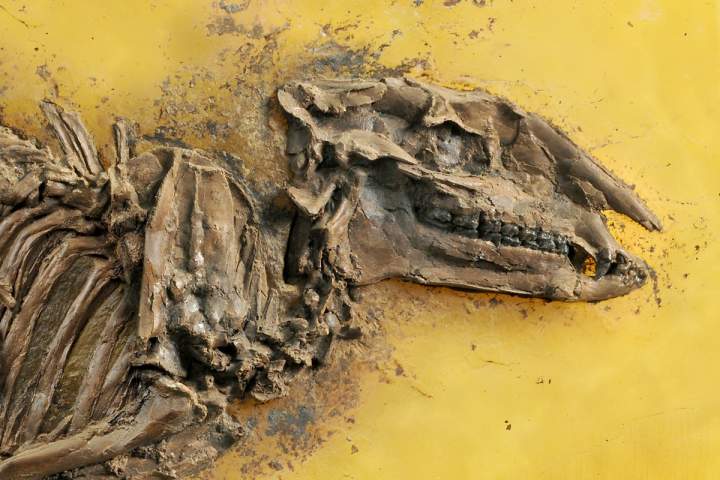