The history of the petrographic collections dates back to the Art Chamber invested by Elector August (1526–1586) in 1560: around 1587, the collection of Saxonian rocks of the italian court sculptor and builder Giovanni Maria Nosseni (1544–1620) contributed an essential portion of the geoscientific collection.

Nosseni, an experienced master-builder, sculptor and architect from Lugano, was committed to the Saxonian service since 1575 and searched through the Erzgebirge, as well as through the northern adjacent foreland after payable and noble minerals or rocks.

Especially between 1585 and 1587 he was able to identify important deposits. The reference samples were given to Nosseni’s employer and precisely and scientifically labeled and marked, something which was unusual for the late 16th century. These samples were suitable for sculpting and contained white marble from Sandersberg between Rauenstein and Lengefeld in the Erzgebirge, black marble from Kalkgrün, red mable from Wildenfels and white marble from Crottendorf in the Erzgebirge. The inventory of David Ußlaub’s Art Chamber claims that the recently unverifiable samples of Nosseni compose the cadre of the Mineral Cabinet. Ußlaub established the inventory in 1587, after inducement by the inheritors of Elector August and for the first time described out of the ten thousand specified objects, a 43 piece rock collection.

It was stored in the fifth room of the Art Chamber ‘at the library’ ‘on a long table with a green linen sheet’. After 1587, Nosseni only added a few further rocks to the Art Chamber. Apart from the inventory of 1595 and 1640, additional 14 pieces consisting of alabaster from Weißensee, marble from the Erzgebirge and serpentine make up the collection. Nosseni received the lifetime privilege to search for marble, alabaster, serpentine, crystals and amethyst in the electorate. He used this valuable building and decoration material for example for the Lusthaus on the Jungfernbastei, for the main altar of the Sophienkirche (St Sophia’s Church) in Dresden and for the decoration of the Fürstenkapelle in the Freiberger Dom (Freiberg Cathedral).

A major change can be noticed following the employment of the mathematician Lucas Brunn (died in 1628) as the Art Chamber inspector in 1619. He oversaw the collection in a scientific vision and undertook a realignment. On his side were Kaspar Ußlaub, Peter Probsthain, and from 1627, Theodosius Häsel(1595–1658), Brunn’s successor. Häsel completed the regrouping of the collection in 1632, which had been commenced under Brunn. In his catalogue “Inventarium Über die Churfürstliche Sächsische Kunstcammern in Schloß und Vestung Dreßden. Verneuert und aufgericht den 4 Augusti Anno 1640”, Hänsel describes the seventh room ‘which was named mining chamber’. Besides the Nosseni rock collection on two tables, decorated with a green cloth, another petrographic object on ‘a third table near the window’ was described as ‘1 angular black stone from Mount Etna, originated by flame or slag’.

The Art Chamber inspector Tobias Beutel the Elder (1630–1690) released the first printed report about the facility in 1671, “Chur-Fürstlicher Sächsischer stets grünender hoher Cedern-Wald” and documented its establishment in 1560. Herein he described the mining chamber as sixth chamber with the whole content of ‘things of nature / rarely and artificial’. The arrangement in this chamber significantly corresponds the representation of Hänsel in 1640. References include ‘… hand samples from marble country and alabaster …’ and ‘… a big piece of porphyry / originating from a porch of Solomon’s Temple …’.

The latter was sent to be cut in the polishing mill of Johann Friedrich Böttger(1682–1719) in 1714. However, the description of the exhibited natural objects by Beutel is very scarce, in contrast to the detailed descriptions by David Ußlaub in 1587. Likewise, the rocks in the Art Chamber are briefly mentioned in 1680 through Anton Weck and in 1685 through Edward Brown. Brown noted ‘many kinds of polished rocks / which can be found in Saxony and Meissen…’.

On the 25th of March 1701, major parts of the Residence Palace were destroyed through a fire. The Art Chamber, along with the stored pieces of the natural history collections was able to be saved and transferred temporarily to the “Klepperstall” close to the battlement and later to the Holländische Palais, the future Japanische Palais. From 1720 to 1728, the natural scientific collections were housed in the Regimentshaus at the Jüdenhof.

Elector Friedrich August I, known as August the Strong (1670–1733), possessed a passionate interest for natural sciences and ordered for a rearrangement of the Art Chamber soon after his accession to power in 1694. He strived for a division of special cabinets, which were administered and arranged scientifically by skilled personnel. Inspector of the newly created Mineral Cabinet was Christoph Gottlob Lichtwer (died in 1736), who was employed at the Berggemach since 1702.

In 1755s ‘Short draft of the royal Natural Chamber of Dresden’ by Christian Heinrich Eilenburg (1709–1771), alabaster, ‘serpentine stones’, basalts, ‘pebble and paving stones’, as well as dripstones are mentioned besides a ‘… collection of nearly one thousand kinds of local and foreign marble stones …’. In Heinrich Gottlieb Ludwig Reichenbachs (1793–1879) “Leitfaden” (guide) through the Natural History Museum of 1836, he mentions the petrographic collections as part of the ‘Gallery of the Primeval World’. Under the description ‘geognostic fossils’, the ‘systematic suites of geological formations’ classified by Karl Cäsar von Leonhard (1779–1862), were presented.

Outstanding among the petrographic objects was a 4.67 m long flash tube found in 1822 at the Linckesches Bad in Dresden. This object and other important parts of the petrographic inventory were destroyed through a fire in the Zwinger in 1849 during the May Revolution. The collection of Oberbaurat (head building officer) Christian Theodor Sorge consisting of ‘Dresden district conventional avenue materials’ (road materials used in the Dresden area) was delivered in 1869 and formed the basis for rebuilding the rock collection at the former Royal Mineralogical Museum. Furthermore important for the rehabilitation of the collection were the numerous rocks inherited from King Friedrich August II(1797–1854), which originated from Saxony, Italy, England and the Canary Isles. In 1891, under the first and long-time director of the museum, Hanns Bruno Geinitz (1814–1900), the rock types were separated from the fossils and arranged in a new hall, as a ‘… special petrographic division …’.

However, already in 1899 Geinitz complained that the majority of the petrographic collections were disclosed from the public and the halls were only used for working purposes and as a library. In 1892, the lack of space caused the director to transfer the unique volcanological collection of Alphons Stübel(1835–1904) to Leipzig, which was only returned to the museum 100 years later. That same year, a ‘grindery’ was set up. Its main task was the production of rock thin sections, reaching over 900 pieces in 1896.

In 1898, Ernst Kalkowsky (1851–1938), an international significant petrographer, became director of the museum. During his curatorship until 1919, he added numerous petrographic items to the rock collection. These include a plate of 24 large thin sections, mostly from Saxonian rocks, with dimensions of 90 x 110 mm each. Kalkowsky produced these through the renowned company Fuess in Berlin-Steglitz in 1898. Through him a systematically, structured rock collection was established in the museum for the first time. It was based on the textbook of petrography from 1894 by the Leipzig petrographer Ferdinand Zirkel (1838–1912). For this, Kalkowsky bought about 600 hand rock samples for the systematic petrographic collection in the year 1900. As a replacement for the lost flash tube from 1849, a 4.60 m long flash tube from the Tertiary glass sands from Hohenbocka could be purchased. The equipment was expanded for the growing number of petrographic investigations in the years 1927/28 with a petrographic microscope, an analytical balance and an elutriator.

The Second World War brought another break in the collection’s history: Beginning in 1942, the content of the museum from the Zwinger was moved to nearby castles and manors for safety. A large amount of the petrographic collections was stored in Schieritz Manor, north-west of Meißen. The rock collection of Eberhard Rimann (1882–1944), director of the museum from 1920 until 1944, was transferred to Schleinitz Castle, south of Lommatzsch, and to Rehnsdorf Manor, south of Kamenz. His collection of thin sections was brought to Lauterbach Castle, north-east of Meißen. Despite these arrangements, older parts of the collection were partially lost. Moreover, many of the returned pieces lack labels and thus were often not able to be classified.

The restart after the Second World War of the petrographic collections was strongly connected to Dieter Beeger, who was active from 1956 to 1997 at the museum. Upon suggestion of the Institute of Preservation of Historical Monuments of Dresden in 1960, he began research about the destruction and conservation of building stones. Examples include the sandstone of the Golden Gate of the Freiberg Cathedral (1960–1962) and the Großer Wendelstein (large stair tower) at Hartenfels Castle in Torgau (1967–1969), or the rhyolitic tuff of the north portal of the Castle Church in Chemnitz (1963). To complement his research, Beeger established the collection of building and decoration stones systematically in 1967.

To correspond to requirements of an advanced research collection, the scientific instrument park was considerably modernized and expanded since 1997. With the move to the new division building in Dresden-Klotzsche, the petrographic laboratory possess extensive semi-automatic preparation technology for rock separation, grinding and thin section preparation, gravitation and magnet separation, granulometric analysis etc.

Since 2001, there is a facility for fission track analysis, whose core is an efficient research microscope with attached scanning stage and computer-assisted evaluation. 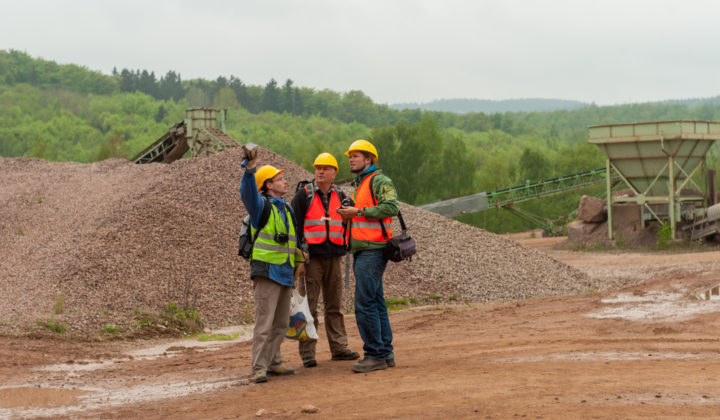 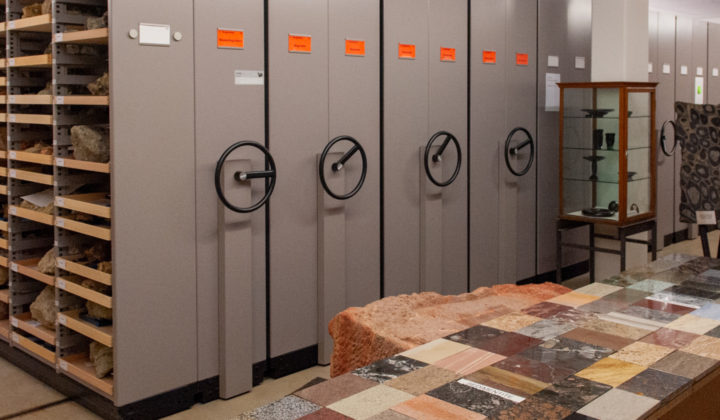 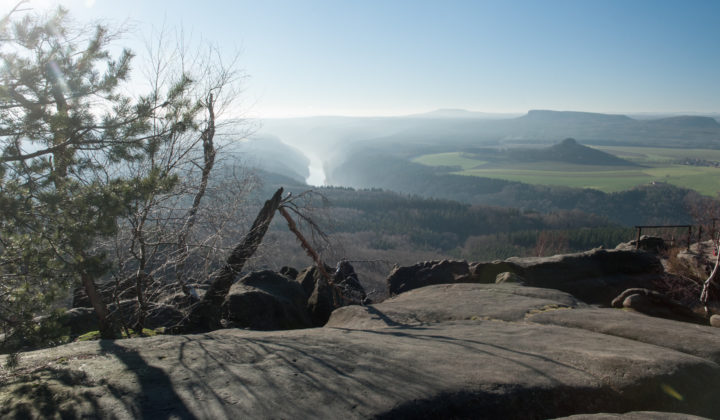 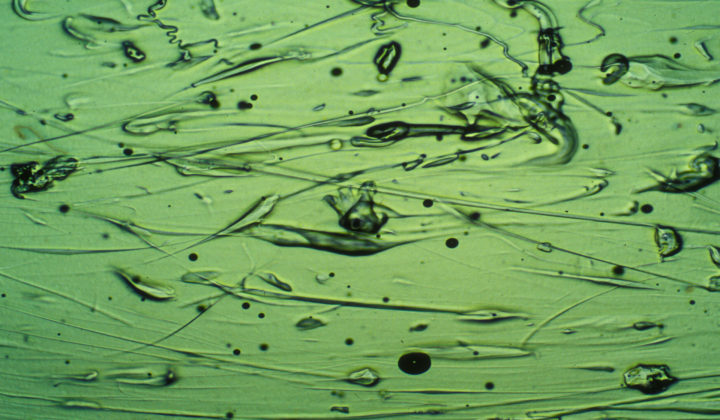 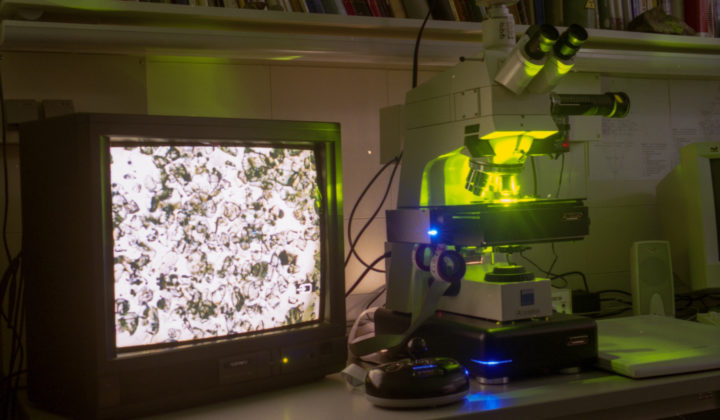 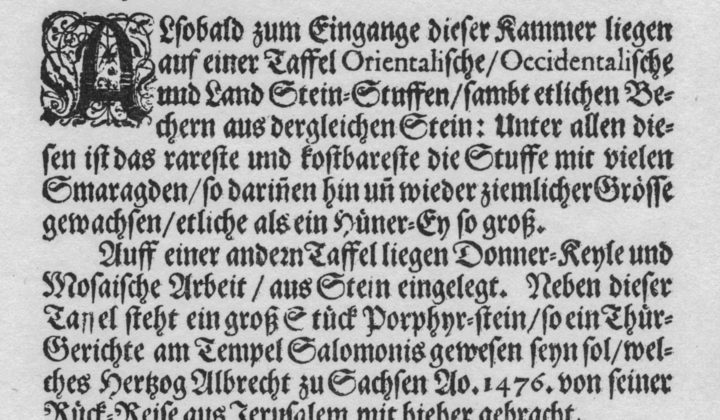 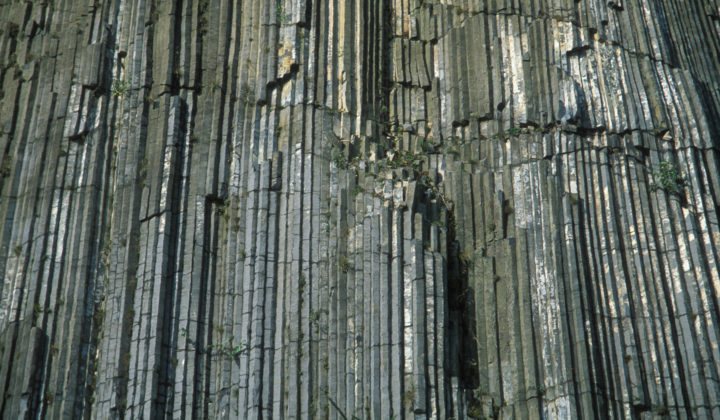