The DFG-funded project addresses the occurrence of ecological regime shifts during the Holocene in response to natural climate changes and increasing land use in the realm of the Indian summer monsoon. Based on high-resolution pollen analyses on lacustrine sediments of the Manasbal Lake (Kashmir), periods of stable vegetation as well as abrupt ecological change are to be analyzed and linked across the ISM realm.

The Manasbal Lake is located in westernmost accessible reach of the ISM and is also influenced by the winter westerlies. Identifying the role of both the precipitation regimes, and a regional comparison will provide insights into the driving mechanisms of ISM variability on decadal to centennial timescales. The results of the interdisciplinary embedded project can help to better assess the risks of ecological change and resulting socio-economic consequences within a global warming scenario.

For better understanding spatio-temporal changes of biodiversity and palaeoenvironmental changes in Europe we perform palaeobotanical studies on Pleistocene sediments from Thuringia (Central Germany). Based on a detailed palynological revision of the sedimentary sequence from Voigtstedt/Hackelsberg and investigations on new sediment cores recovered by the Thuringian State Office for the Environment, Mining and Nature Conservation (TLUBN) we intend to gain new insights into the Pleistocene biostratigraphy, vegetation history and climate variability. In addition, a Senckenberg exploratory drilling near the village Artern in 2020 provided the first complete evidence of the intrasaalian interglacial complex in Thuringia. The biostratigraphical classification of sediments obtained from landfall/subrosion depressions may also allow the estimation of age and dynamics of Quaternary rock dissolution processes in Thuringia, including possible subsidence rates.

The BMBF-funded joint project CADY investigates palaeoecological archives (lake sediments, tree rings, stalagmites) using multiple methods along transects crossing the Tibetan Plateau. The project aims at a better understanding of the climate variability in Central Asia, including possible links between the westerlies and the monsoon circulation. Research undertaken by the Quaternary microfloras section is providing detailed palynological information on Holocene lacustrine sequences from China and Kyrgyzstan. Key sites include lakes Son-Kul, Chatyr-Kul and Kara-Kul in Kyrgyzstan and the Sihailongwan maar lake, northeastern China.

As a part of a multidisciplinary research project, high-resolution palynological investigations are being made on the annually laminated maar lake sediments from Lake Sihailongwan (Longgang Volcanic Field, Jilin Province, Northeast-China). The main goal of this study is the reconstruction of the short-term variations (annual to decadal scale) of the monsoon activity in northeastern China and its effects on the vegetation (see publications Dr. Stebich). This project was partly funded by the DFG.

Palynological investigation in the volcano-region of Northwest Bohemia

A number of mineral and thermal springs, CO2-exhalation zones (mofette fields) gas exhalations from the ground as well as periodic earthquakes characterize northwestern Bohemia as a region of increased magmatic activity. A multidisciplinary research project is concerned with the poorly investigated activity of natural mofettes and their associated flora and fauna. Current palynological studies in the Milhostov-Hartoušov area are aimed at providing evidence of the age and duration of the mofette activity, in addition to new information on related sedimentation processes within and around the mofettes.

Geological-geophysical investigations undertaken by the GFZ Potsdam and the Czech Academy of Sciences Prague identified a potential maar structure at the southern edge of the Tertiary Cheb basin (Czech Republic, Northwest Bohemia) (Geissler et al. 2004, Mrlina et al. 2007). An exploratory drilling in November/December 2007, which brought about 84 m sequence of lactustrine sediments, provides evidence of a paleo-lake within the supposed maar. Subsequent palynological and sedimentological investigations indicated a Saalian age of the sediments and provide first palaeoecological and climatological indications (Mrlina et al. 2009).

The climate of the Himalayas – at present and in the past

The Quaternary microflora section has participated in the DFG research unit HIMPAC (DFG FOR 1380: Himalaya: Modern and Past Climates) and undertaken palynological studies to reconstruct the Holocene vegetation history and the variability of the Indian monsoon system. This joint project combined expertise from German and Indian research institutions to study lake sediments, tree rings, peat and stalagmites collected from selected regions of the subcontinent. Results from the study of these palaeoclimate archives are providing important insights into  the causes and consequences of extreme events, such as droughts and or floods in the climatically-sensitive Himalayan region. We have investigated palynomorphs and charcoal particles from sediment samples and recording the recent vegetation of the Lonar meteorite crater (Maharasthra state, central India).

A high resolution palynological investigation of the annually laminated sediments from Lake Pavin (Massif Central, France) provided a detailed reconstruction of ecosystem responses to both regional climate change and human impact since the end of the Medieval Warm Period (Late Subatlantic). 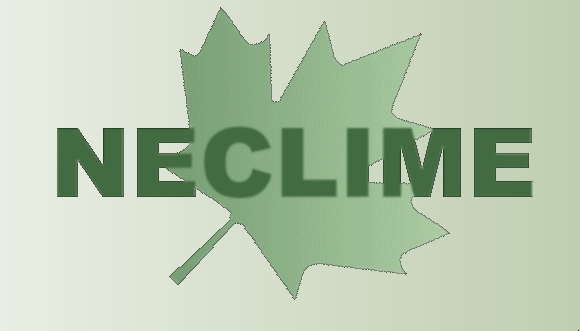 NECLIME is an open international network of scientists working on the Neogene palaeoclimate evolution in Eurasia and related changes of continental ecosystems. 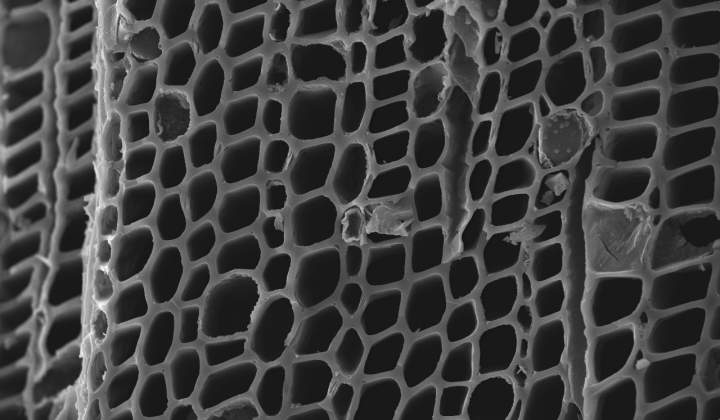 One main focus of the section is on the quantitative, semi-qualitative and qualitative reconstruction of selected palaeoclimatic and palaeoenvironmental parameters.