The project is funded by „Coastal Research in North and Baltic Sea: Changing Coasts (KüNO3)“ within the research program MARE:N of the German federal government as part of the BMBF program „Science for a sustainable development“ (FONA3).

The North Sea, as many other marine ecosystems worldwide, is changing rapidly, i.a. driven by changes in human activities and effects of climate change. Decreasing fishing pressure, de-eutrophication due to decreasing riverine nutrient loads from the big rivers, and increasing water temperatures are the most striking changes altering the southern North Sea as a habitat for various species.

Therefore, shifts in the food web can occur through stronger top-down controlled processes (predatory fish) and weaker bottom-up effects (primary production), which have the potential to severely change ecosystem services and the usability of biological resources.

For a better understanding of the consequences of ongoing biodiversity changes for food webs, we will jointly analyse existing long-term datasets of 5 different taxonomic groups (marine mammals, fish, benthos, zoo- and phytoplankton). In addition, we will identify dominant functional characteristics („traits“) and their changes, which will then be implemented as functional groups in a food web model of the Ecopath family, thereby improving the parametrization of the model.

The scenarios for biodiversity changes as well as their effects on food webs and the use of biological resources will be discussed with local and regional stakeholders in the North Sea coastal zone, such as local fisheries, aquaculture companies, and local authorities responsible for tourism and other economic activities. To fulfill these objectives, we will form focus groups and execute case studies. Proposed solutions for ecologically, economically and socially sustainable future use and adaption strategies will be jointly developed.

Our project objectives were formulated with regards to their contribution to the political and social challenges of a sustainable use and extensive protection of the coast.

WP1 will produce an inventory of the long-term changes in taxonomic biodiversity and functional traits for the diverse trophic groups (phytoplankton, zooplankton, benthos, fishes, marine mammals) on different spatial scales in the Southern North Sea.

We will integrate these long-running data series in order to analyse and compare long-term changes in biodiversity and traits on different spatial scales in relation to various environmental factors (HZG-Habitats Atlas), like for example temperature increase, extreme events, water mass dynamics, nutrient decrease as well as direct human activities (e.g. alterations in fishing pressure). For the purpose of these analyses, the data will be combined in such a way that they allow for hypothesis testing with regard to shifting top-down and bottom-up processes in the food web.

In WP2, we will make use of spatially explicit, mass-balanced food web models of the Ecopath family in order to model the effects of changes in biodiversity, abundance, and spatial distribution of species, as induced by anthropogenic influences (e.g. fisheries) and environmental changes (e.g. nutrients, temperature, water mass dynamics). The model will be adapted to represent biological characteristics on different trophic levels.

By running simulations, we will improve our understanding of the processes triggering the historically observed shifts within the food web in time and space. Furthermore, they will allow for projections of future changes in the North Sea food web structure, trophic energy transfer as well as ecosystem services such as fishing yield. In developing these modelling approaches, BioWeb will provide information required for sustainable management of human activities, including the definition and accomplishment of a Good Environmental Status (GES) as set out in the EU Marine Strategy Framework Directive.

In WP3, we will communicate our results to local and regional stakeholders from coastal communities along the German North Sea by organizing focus group workshops. Specifically, we will elucidate our projections on changes in biological diversity and their ramifications for the food web, and relate these to availability of biological resources. Stakeholders addressed in these workshops include representatives from local fishing communities, aquaculture, trade, tourism, local organizations, politics and administration.

The focus groups will provide feedback to the project concerning economic and social consequences of the developed scenario’s on local actors and communities as well as their adaptation capacities. The outcomes of the focus group discussions will not only sketch realistic pictures of the expectable economic and social ramifications (e.g. profitability of businesses, employment) for directly affected sectors like fisheries and aquaculture, but also unveil farther-reaching consequences for coastal communities, with respect to e.g. tourism and trade.

By means of a case study, one focus of WP3 will be laid on the recovery of grey seal populations in the Wadden Sea and on Helgoland, which is perceived as being in direct conflict with human activities at sea (e.g. fishing). The apparent disputes between piscivorous seals and fisheries are rooted in a) a lack of consideration regarding the complexity of predator-prey interactions and their top-down regulating effects and b) a lack of insight into other factors that influence the food web. These aspects will be subjected in BioWeb and elucidated to local actors in a comprehensible manner.

Scientists from both KüNO III projects BioWeb and MuSSeL came together in Juni 2022 to deepen existing  synergies and cooperations of both projects and to discuss common scientific approaches and data exchange in the future.

Inaugurated by Prof. Dr. Rudolf Richter in 1928 to establish a permanent research facility on the North Sea, the institute today consists of two departments, the Marine Research sectionand German Centre for Marine Biodiversity Research (DZMB), and is closely interconnected with important marine research associations and universities in Germany. 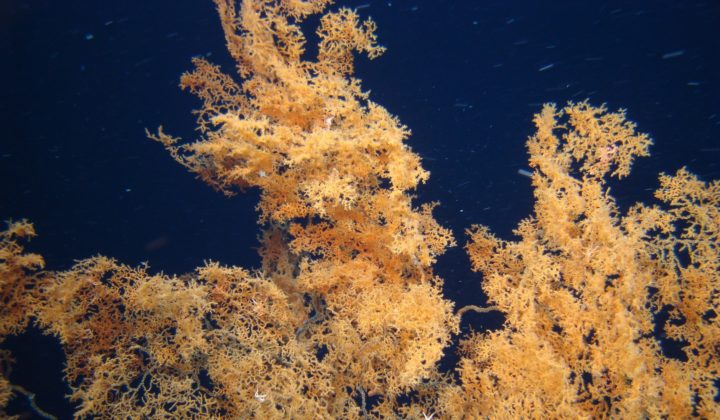