New Frankfurt CitizenScience project “MainStadtbaum”, funded by the Stiftung Polytechnische Gesellschaft:
Monitoring water supply and general fitness of young urban trees to detect and reduce damage from climate change-induced drought at an early stage, in a collaboration between Senckenberg, the Senckenberg spin-off Phytoprove and the City of Frankfurt.

The benefits of urban trees are enormous and diverse:
They produce oxygen while storing climate-damaging CO2, cool their surroundings through evaporation via the leaves, provide shade, reduce noise, form a natural windbreak, filter both fine and coarse dust as well as toxic nitrogen oxides from the air, provide habitats for animals and plants, create a measurably healthier environment and make cities more beautiful and livable.

Due to climate change, extreme weather events are increasing worldwide. Particularly hot and dry summers, as also occurred in Germany in 2018 and 2019, require new measures in the care and maintenance of urban greenery, especially trees. Cities already represent an extreme location for trees due to a high degree of sealing, soil compaction and waste heat from buildings.

In Frankfurt am Main, the “European City of Trees”, 164,000 street and park trees grow, quite a few of which are already damaged by heat, salt or pollutants, especially young street and park trees. All newly planted trees (and only those) are watered for five years after planting. However, due to limited capacity, the City cannot adequately water trees between 5 and approximately 10 standing years during hot spells. A reliable assessment of the condition of these trees, even before damage becomes apparent, would allow targeted and efficient watering and maintenance of the trees that are actually threatened in order to avoid irreversible damage or total loss. Direct knowledge of the condition of particularly valuable old trees (especially Frankfurt’s natural monuments) that are threatened or have already been damaged by the drought of recent years would also be helpful.

Scientists at the Senckenberg Biodiversity and Climate Research Center (SBiK-F) have long been measuring the vital state of plants and their stress levels due to cold, heat, drought and salinization using a rapid, non-invasive, biophysical method. This is the first to directly measure the supply and stress status of the plant itself, rather than deriving it from factors such as soil moisture, weather data, or even leaf coloration, among others. The method is based on the measurement of the efficiency of the photosynthesis apparatus: this provides information about the stress load long before damage to the plant is visible.

In cooperation with the Grünflächenamt of the city of Frankfurt, with the participation of the citizens and with the financial support of the Stiftung Polytechnische Gesellschaft, selected Frankfurt trees will be examined from 2020 onwards to determine their vulnerability or resistance to drought and heat. Possibly and depending on the location, this monitoring will also provide the opportunity for early, targeted countermeasures to ensure tree health.

At representative sites and different tree species, the effect of heat and drought stress on the vital condition of the trees is measured regularly during the growing season. For this purpose, the photosynthetic activity in the leaves is recorded with a measuring device; the measurement takes only a few minutes in each case. The aim is to find out which locations and tree species are most severely affected and at what point intervention would be required to prevent irreversible damage, as well as how high the cost of such monitoring is. Statements are also to be made about which tree species or varieties will be suitable for extreme urban locations in the future because they cope better with difficult conditions than others.

More opportunities thanks to Citizen Scientists

Here, the involvement of citizens in the form of a Citizen Science project lends itself well. Frankfurt has always been characterized by a high level of civic engagement, especially with regard to the city’s green spaces. This project is therefore based on broad participation from the citizenry: students, their parents, teachers, associations, environmental organizations, residents who want to do something for the city trees – it is basically aimed at everyone who wants to get involved in environmental projects in Frankfurt in a sustainable way. They are cordially invited to participate. Participation is open to Frankfurt residents who can measure the condition of selected trees twice a month during the summer after receiving instruction, which takes about 30 to 45 minutes per tree. The trees currently selected with the Parks Department are located in the districts of Höchst, Rödelheim, Rebstock, Gallus, Europaviertel, Bockenheim, Ostend and Riedberg; others are possible by arrangement.
Due to Corona, the measurement activities by committed citizens can initially only take place to a limited extent in summer 2020, as no events and workshops are possible until further notice. The measurements will take place in compliance with the applicable hygiene and distance regulations after an individual briefing.

Currently, so many interested parties have already registered that our support capacities are exhausted. If this changes, we will activate the registration form on this page again.

Within the framework of the project, pupils as well as teachers should be enabled to develop their own small research projects on the physiological monitoring of urban trees, which could also be submitted to “Jugend forscht” (and financially supported by the Hessian youth research funding pool). A close cooperation with “Jugend forscht” has existed for several years through Senckenberg; in this framework, topic-related teacher training courses are also being considered. 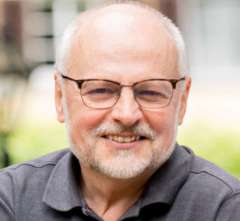 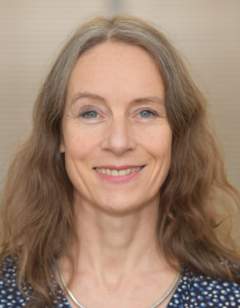 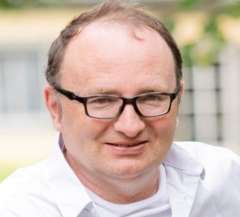