A double burden: Land use and climate jointly alter montane biodiversity and ecosystems

The increasing land use in tropical mountain regions leads to a decrease in biodiversity and to changes in the ecosystems. The severity of these changes largely depends on the climatic conditions. This is the result of an international study on Kilimanjaro, conducted under the guidance of Würzburg University. Scientists from the Senckenberg Biodiversity and Climate Research Centre also played a significant role in the study. As reported in the scientific journal “Nature,” ecosystems with extreme climatic conditions at the lower and higher elevations are most severely impacted by land use.

Kilimanjaro – the Roof of Africa – is home to approximately one million people, who cultivate maize, bananas, coffee and many other crops on the mountain’s slopes and at its base. At the same time, Kilimanjaro serves as a refuge for the biological diversity that is exposed to increasing pressure by human land use. Until now, the effects of land use on biodiversity and ecosystem functions of tropical mountains, such as Kilimanjaro, are only little understood.

To elucidate this question, a group of 50 international researchers spent eight years studying the species diversity of plants, animals and microorganisms as well as the associated ecosystem functions on the southern slopes of Kilimanjaro. In regard to the number of recorded species groups and ecological functions, as well as the examined elevation gradient between 850 and 4,550 meters a.s.l., the study led by Dr. Marcell Peters and Prof. Dr. Ingolf Steffan-Dewenter of Würzburg University is unique in the world.

“Overall, our data show that land use on Kilimanjaro causes the loss of a significant proportion of biodiversity and leads to serious changes in ecosystem functions, such as pollination or litter decomposition,” explains Prof. Dr. Katrin Böhning-Gaese of the Senckenberg Biodiversity and Climate Research Center and the Goethe University, the speaker of the research unit, which is sponsored by the German Research Association (Deutsche Forschungsgemeinschaft; DFG). “However, the extent of these negative changes varies depending on elevation and the associated climatic conditions.”

The land use has an especially detrimental effect on ecosystems with extreme climate conditions, such as the hot and dry savanna zone at the base of Kilimanjaro. Here, maize is cultivated widely and up to 50 percent of species are locally lost, and most of the 30 studied ecosystem functions experience significant reductions.

Ecosystems at mid-elevations with high precipitation and warm temperatures, on the other hand, are less affected by land use. In these areas on the slopes of Kilimanjaro, where coffee, bananas and many other products are grown – often using traditional cultivation systems – fewer species are lost due to land use and the ecosystem functions change to a much lesser degree than in the savanna.

“The results help us to better understand how land use and climate jointly affect the biodiversity of montane ecosystems. In addition, they show that both factors should not be considered separately and that the consequences of climate and land- use changes for biodiversity and ecosystems could mutually increase each other in the future,” adds Böhning-Gaese.

According to the researchers, the data from this study may also be used as a basis for developing and implementing urgently required strategies for a sustainable use of the ecosystems on Kilimanjaro. This would benefit the one million inhabitants of the region, who depend on nature’s continued services to support their survival in  the future.

A view of Kilimanjaro, with the maize fields at the foot of the mountain in the foreground.  Photo: Andreas Hemp 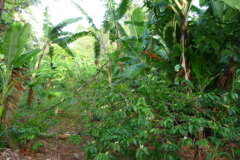 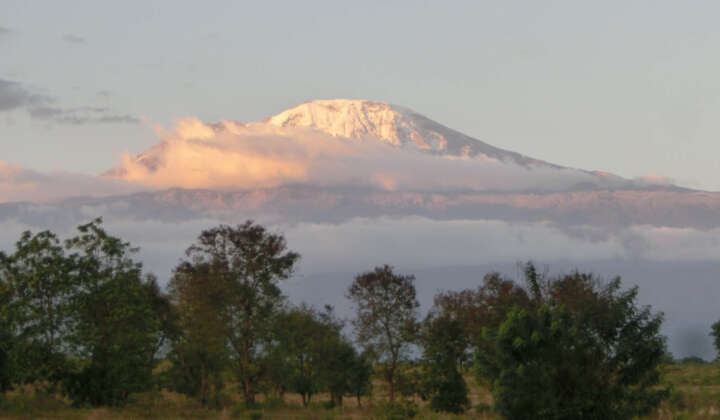 With Kili-SES we will advance fundamental social-ecological research and provide a scientific basis for political and societal decision-making that will facilitate transformation towards sustainable relationships between nature and people at Kilimanjaro.