Against the Trends: Local Changes in Species Diversity in Europe

Together with an international team, Senckenberg researchers published the results of a unique compilation of 161 biodiversity time series (over 15 to 91 years) covering 6,200 marine, terrestrial, and freshwater species from 21 European countries. The scientists were able to show that local trends in biodiversity often deviate significantly from global patterns. In particular, the composition of species communities has undergone extensive changes at the local level. The study, which is published today in the journal “Nature Communications,” will have an impact on the development of effective conservation concepts.

The global trend seems to be clear: For years, the species diversity among almost all groups of animals and plants has decreased at an alarming rate. “However, at the regional level the picture is more complex – here, local factors such as the loss of rare species and the establishment of new species play a significant role in the overall results,” explains Prof. Dr. Peter Haase, Head of the Department of River Ecology and Conservation at the Senckenberg Research Institute and Natural History Museum Frankfurt, and he continues, “Ecosystem functions – and the associated benefits for humans – are always related to the respective local diversity and abundance of species, and they cannot easily be scaled ‘upward.’ Therefore, it is essential for us to know the different biodiversity trends in each ecosystem to be able to implement sustainable protection measures.”

Together with the study’s first author, Francesca Pilotto, who works at Senckenberg as well as the Swedish Umeå University, and an additional 64 international scientists, Haase evaluated and correlated 161 biodiversity time series from 115 locations in 21 European countries. The over 6,200 marine, terrestrial, and aquatic species from nine biogeographic regions comprise eight taxonomic groups, including: insects, birds, and flowering plants. Most of the study sites belong to the global network “Long-Term Ecological Research (LTER),” an international association for long-term interdisciplinary environmental observation.

The researchers’ analysis reveals that in large areas of Central and Southern Europe, neither the species diversity nor the number of species and individuals underwent changes, while Northern Europe shows an increase in diversity and species numbers. The latter may be partly attributed to rising temperatures in the course of global climate change. Moreover, in many parts of Europe the traditional fauna and flora is being replaced by new species that are usually adapted to warmer conditions. In regard to this observation, the study’s authors caution that most of the time series started no earlier than the 1980s, at which time a significant loss of species had already become apparent. “In addition, the trends can differ significantly depending on the biome and the taxonomic group. While we were able to observe a biodiversity increase in marine areas over the study period, this was not the case in streams. On average, the diversity of bottom-dwelling algae decreased, while birds and aquatic invertebrates showed a surprising upward trend. This illustrates that the trends are not always the same across entire species or ecosystems,” explains Pilotto.

Based on their results, the team calls for an expansion of biodiversity time series and the standardization of European measuring methods in the different habitats. “This is the only way we can successfully develop meaningful conservation measures for the individual regions and their fauna and flora,” adds Haase in closing. 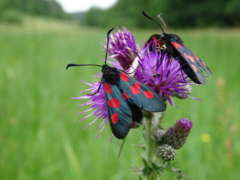