Above- and belowground biodiversity in farmlands play by different rules

Current conservation practices in farmlands may be good for species living above the earth such as birds and bees, but are probably not helping life belowground, researchers from the German Senckenberg Biodiversity and Climate Research Centre report in ‘Nature Communications’. They found that soil biodiversity of agricultural meadows and pastures is highest when they are surrounded by a lot of long-standing forest. In contrast, a less intensive use of the meadows and pastures themselves and diverse surroundings – which are the primary management strategies to promote agro-biodiversity – have little effect on the diversity of organisms living belowground.

Biodiversity in agricultural meadows and pastures declined strongly in recent decades, as numerous studies have shown. Up to now, conservation actions to prevent this loss have tended to focus on aboveground species like birds and bees. But the soil below farmlands is also teeming with life – numerous organisms that are at least as diverse as their counterparts on the surface, and immensely important for soil fertility, carbon storage and a range of other important ecosystem services. Now a study by researchers from Senckenberg and the Thünen Institute suggests that the factors that affect soil biodiversity are different to what affects aboveground organisms. Therefore, current conservation strategies may not benefit the life belowground.

The researchers measured how species-rich 150 plots in meadows and pastures are both above- and belowground, and how various aspects of intensive land use plays into this. The plots are located across Germany, in Schorfheide-Chorin, the Swabian Alb and Hainich National Park. They are part of the ‘Biodiversity Exploratories’, a Germany-wide collaborative research project that has been investigating the relationship between biodiversity and land use since 2006, thus providing the most detailed picture ever of how ecosystems respond to land-use intensification.

“We related data on the biodiversity of species across the entire food chain with information on how intensively the plots are used for agriculture such as the amount of fertilization, and frequency of mowing. In addition, we looked at how the landscape looks like in the surroundings of the plots in a radius of two kilometers. For example, we quantify forest and grassland permanency in the landscape as the removal of forests and grasslands to make way for crops is also a sign of intensive land use”, Dr. Gaëtane Le Provost, PostDoc at the German Senckenberg Biodiversity and Climate Research Centre, outlines the study.

The analysis shows that the biodiversity of most soil organisms in the meadow and pasture plots, such as bacteria or fungi, is not related to what happens on the plot itself, but to the make-up of the surrounding landscape. “Soil biodiversity is higher in plots where there is lots of forest within two kilometers. In addition, the longer this forest has been standing, the higher the belowground species diversity in the plots,” Dr. Peter Manning, senior scientist at the Senckenberg Biodiversity and Climate Research Centre explains. “By providing a stable habitat these forests seem to act like a refuge for belowground diversity, from which it can recolonize the agricultural meadows and pastures, if for example, these are disturbed by ploughing”

How intensively the meadows and pastures are fertilized, grazed and mown has little influence on the species richness of the soil organisms. Surprisingly, some groups such as fungi or amoebae actually benefit from this intensive land use. “That’s pretty much the exact opposite of what we see when looking at the plants, birds, insects, mollusks, beetles and other organisms that grow and live aboveground. The more intensively the land is used, the fewer different of these species we found on the plots,” Le Provost says. Additionally, aboveground species diversity was reduced if the nearby environment of the plots was homogenous, as is common in intensive landscapes, rather than varied.

Current conservation strategies in farmlands, such as less use of fertilizer and planting flowering strips at the edge of a field, aim at promoting and protecting aboveground biodiversity. “As our study shows these actions will probably provide little benefit to soil biodiversity in meadows and pastures, as soil biodiversity is not primarily related to these factors. It would probably benefit a lot more from permanent grasslands and forests within the landscape that are never ploughed”, Manning concludes. He goes on to say “Only by promoting and protecting biodiversity both above- and belowground we can ensure that agricultural landscapes remain as productive in the future as they are today. Biodiversity-promoting management strategies for agricultural landscapes are therefore up for a revision”. 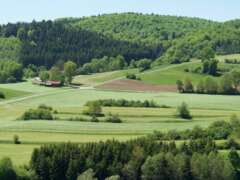 Researchers find that soil biodiversity of agricultural meadows and pastures is highest when they are surrounded by a lot of long-standing forest (pictured are meadows in the Swabian Alps). Copyright: Peter Manning 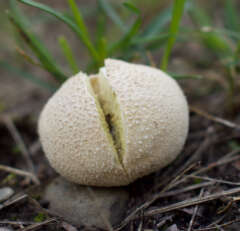 A less intensive use of the meadows and pastures themselves and diverse surroundings – both current conservation practices – have little effect on the diversity of organisms living belowground, e.g. fungi. Copyright: Peter Manning

Causes and Consequences of Biodiversity Change

Human activities, including land use intensification, nitrogen enrichment and climate change are dramatically altering the Earth’s ecosystems. We investigate how these drivers influence the assembly and reassembly of ecological communities and the impact of these changes upon the ecosystem functions and services that people depend upon for their well-being. 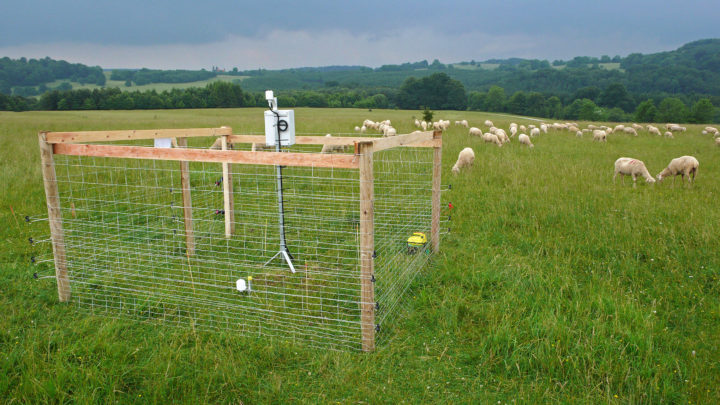 When the past catches up on you: Land-use impacts biodiversity in the long-term

The study found that past land-use especially affects specialised species at the lower end of the food chain such as grasshoppers.