Together with researchers from the Wildlife Conservation Society in Mongolia, Senckenberg scientists analyzed the data on the movement of a female gazelle. Over a period of five years, the team was able to track the animal’s nomadic movements by means of GPS collar. In total, the gazelle covered more than 18,000 kilometers across the Mongolian steppe – a distance halfway around the globe. The data provide important information for the protection of these nomadic animals. The study was published in the journal “Ecology.”

From ascending snow-covered hills, to attempts of crossing a raging river, to the ultimate return to her core habitats – the analysis of movement data from a female Mongolian gazelle equipped with a solar-assist GPS collar that was published today reads like an adventurous travelogue. “In October 2014, we delpoyed GPS collars on 15 Mongolian gazelles (Procapra gutturosa) in the Mongolian steppe,” explains Dr. Thomas Müller of the Senckenberg Biodiversity and Climate Research Center in Frankfurt, and he adds, “One of these collars lasted five years – an unusually long time. This allowed us to follow the gazelle’s nomadic journey over much of her life.”

The total distance derived from the hourly GPS location data shows that the gazelle covered more than 18,000 kilometers – about half the earth’s circumference at the equator! In the process, the animal traversed eastern Mongolia from north to south several times. “However, the journey was extraordinary not only because of its impressive distance but also because the gazelle frequently ventured hundreds of kilometers into unfamiliar regions. During her journey, she visited many areas only once, but other areas several times in an irregular and unpredictable manner,” recounts lead author and Senckenberg scientist Dr. Nandintsetseg Dejid, explaining the results.

According to the team of authors, a major difference in the gazelle’s journey compared to the well-known migration of other ungulates such as the mule deer in the U.S. or the wildebeest in the Serengeti-Mara ecosystem is that the gazelles do not show any regular seasonal movements. They do not return to the same wintering and calving grounds every year. “While we were only able to observe one single animal over such an extended period of time, we assume that the long distances are not an isolated incident, since Mongolian gazelles frequently congregate in sometimes rather large groups,” explains Dejid.

The gazelle’s first year was relatively uneventful. The animal stayed mainly in the same area where the researchers had equipped her with the collar. Then, in November 2015, the gazelle began its journey north – initially for no apparent reason. She crossed two large frozen rivers until, after a journey of about 900 kilometers, she reached snow-free territory near the Russian border. The following spring, the gazelle headed back south, where she encountered some difficulties when crossing the – by now raging – Ulz and Kherlen rivers. On the way south, the gazelle did not retrace her original route, nor did she pause at the latitude whence she came. Instead, the animal took a short break in a nature preserve to give birth to a calf during the summer. She then continued her southward journey until she finally reached a section of the border fence with China in December 2016. Instead of returning to the previous wintering grounds in the north, the female gazelle spent the winter in the south – 440 kilometers from the previous year’s wintering grounds, as the crow flies. In the spring of 2017, she initially moved north. “Then, to our surprise, she visited exactly the same place where we first caught her three years earlier, and even at the same time of year,” reports Müller, and he continues, “In the spring of 2018, she moved south again and returned to the same region where she spent the summer of 2017. There, she remained until the fall of 2018, when she once more ventured into unknown territory. This time, she moved 90 kilometers along the border fence with China and completed a loop of more than 400 kilometers in the southern part of the steppe before finally returning in January 2019 to the wintering grounds she had used two years earlier. Subsequently, our gazelle was relatively sedentary and remained in the same area for nearly a year, until the GPS  transmitted her death in August 2019.” The gazelle’s collar was found in the yurt of a herdsman who reported that the gazelle had apparently died from a maggot infestation on her hip.

The study of the gazelle’s multi-year journey highlights the importance of preserving open landscapes for nomadic ungulates. This allows the animals to find food resources and escape from local extreme events. “For example, hilly regions that provide snow-free areas are essential for the gazelles’ survival – at least in some winters. In turn, this shows that there should be no insurmountable barriers separating the northern and southern regions of the eastern steppe,” adds Müller in conclusion, and he offers an outlook: “Further long-term studies are needed to better understand the navigation mechanisms, group communication, and the refuges of these animals to provide them with reliable protection.” 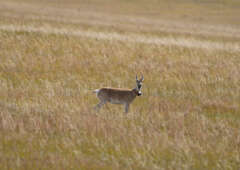 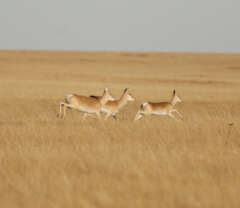 A small group of Mongolian gazelle. The gazelle’s movement  was recorded over five years using GPS transmitters: In total, the animal covered more than 18,000 kilometers in the Mongolian steppe. Photo: Ariunbaatar 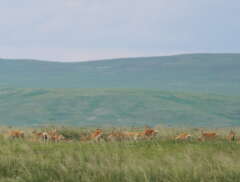 A major difference in gazelles compared to other ungulates is that regular seasonal movements are not evident in gazelles. Photo: Senckenberg/Dejid 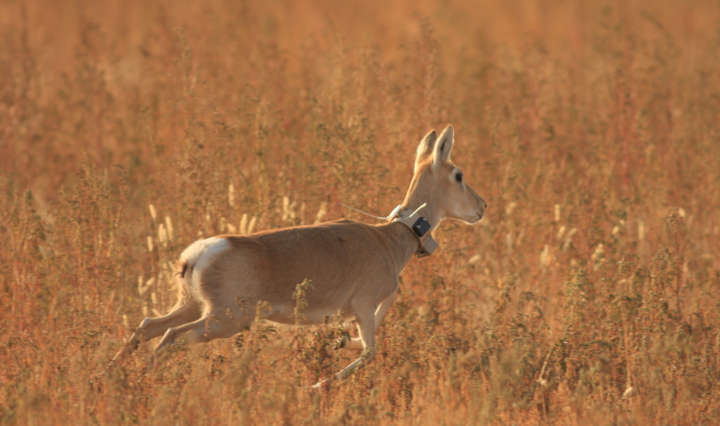 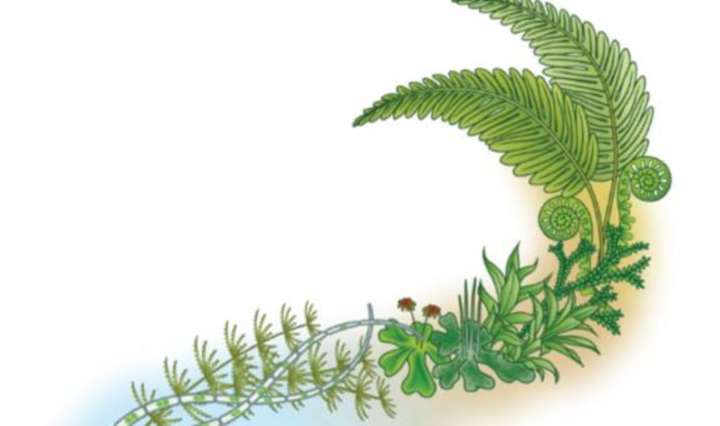 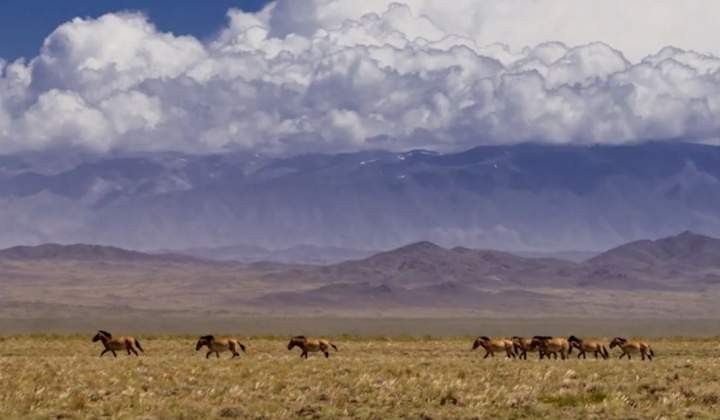