Main focus within the Section

A. Faunistics, biogeography and ecology of free-living Platyhelminthes

Free-living Platyhelminths (terrestrial microturbellaria) live in the water films that form around soil particles or fill pore spaces. About 30 species of Platyhelminthes have been recorded in Central Europe, the number of unknown species is many times higher. There is no comprehensive identification key for this group.

The faunistic investigations cover platyhelminth communities in near-natural deciduous forest sites in Central Europe with a focus on Eastern Germany. The frequency of the species, their attachment to different soil substrates and special sites as well as the change of the faunal community during the year are documented.

Our investigations show that Turbellaria feed on Nematodes, Rotatoria, Diatoms, Tardigrades, Thekamoeba and even their own conspecifics. Experiments on the feeding rate with selected species of Platyhelminthes and Nematodes will provide data on the quantities and importance of this group as predators.

A mixed beech forest near Görlitz has been continuously investigated since 2010. With the help of the accompanying data, the changes in abundance as a function of anthropogenic and climatic factors can be shown.

B. Evolutionary and functional-morphologic investigations

Platyhelminthes are poor in submicroscopic characters. Characters relevant for their evolution, however, can be found in their internal organs. We investigate the male and femal sexual organs, protonephridias, different sensory organs and epidermal and neodermal layers. The investigations are carried out in cooperation with colleagues from abroad. Further investigations will focus on the transition from a free living to a parasitic way of live. Not only ultrastructural investigations allow us to recognize steps in evolution, but may additionally contribute to our understanding of the physiology of these organisms. Investigations of the canals of the sexual organs help to understand the transport of semen and eggs. Dermal glands make us understand the rapid attachment to the substrata. Investigations of excretion organs show the transport of metabolic waste and water. Thus, we may be able to correlate morphological adaptation to functional and vice versa.

The quantitative extraction of free-living Platyhelminthes from soil samples has long been a problem. In comparative studies we have tested different methods. Due to the high organic content of terrestrial soils, different extraction methods used for Platyhelminthes living in marine sediments cannot be applied. A seawater ice extraction, on the other hand, extracts quantitatively in clear dependence on the salt concentration.

A favourable, time-saving method for the extraction of Turbellaria from terrestrial soils is the extraction with gauze bags immersed in fresh water. This method is used as standard method in our section 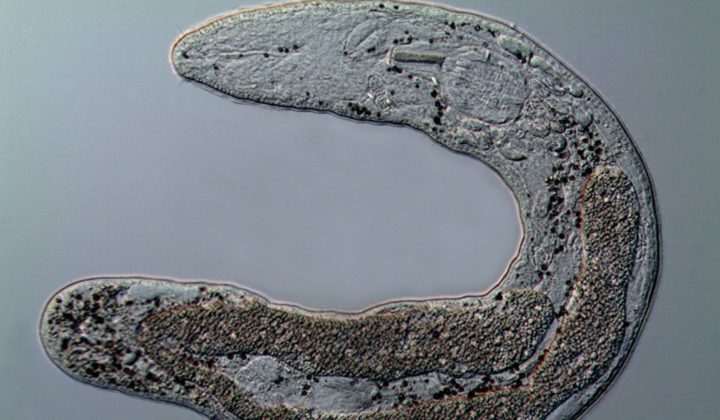 The section studies the distribution, ecology and systematics of microturbellaria and develops methods for their quantitative assessment.