Preserved in Tree Resin: Bees Became Extinct Before They Were Discovered

Together with an international team, Senckenberg scientist Dr. Mónica M. Solórzano Kraemer studied stingless bees from East Africa that were encased in tree resin and copal. In their study, published in the journal “The Holocene,” the researchers describe two new species and explains that they most likely became extinct prior to their discovery. The coastal forests where the bees were found are among the most threatened areas worldwide.

The forests of East Africa and the coastal forest of Madagascar are among the most threatened ecosystems in the world. More than 90 percent of the forest land there has been clearcut; in 2020 alone, 241 kilohectares of trees were lost in Madagascar. “Yet, these areas are still considered ‘biodiversity hotspots,’” explains Dr. Mónica M. Solórzano Kraemer of the Senckenberg Research Institute and Natural History Museum in Frankfurt, and she continues, “However, their biodiversity was incomparably higher in the past – as we have learned from insect inclusions in fossilized resins, among other things.”

Together with a team from Spain (Universitat de Barcelona and Instituto Geológico y Minero de España-CSIC), the USA (University of Kansas), and Germany (Helmholtz-Zentrum Hereon – DESY), Solórzano Kraemer examined several of these tree resins (so-called “defaunation resins”) and copals. Inside the resins, the researchers found inclusions of stingless bees (Meliponini) – the youngest dating from 2015, the oldest from about 3000 years ago. Among the 36 specimens studied, the researchers identified three species already known to science as well as two previously undescribed species – Axestotrigona kitingae sp. nov. and Hypotrigona kleineri sp. nov..

“Today, East Africa and Eastern Madagascar are highly fragmented landscapes. We therefore assume that the newly discovered species are already extinct at this time,” says Solórzano Kraemer, and she explains: “Meliponini species are very sensitive to environmental changes, as these social, colony-dwelling bees depend on pollen, nectar and resin from the surrounding flora. For this reason, as well as extensive anthropogenic habitat changes over the past 150 years throughout East Africa, it seems unlikely that these species are still surviving.”

In their study, the researchers refer to a “hidden loss” of biodiversity: the extinction of species before they could be discovered and described in their natural environment. “Until now, science has been focused primarily on inclusions in amber. However, resin and copals preserve organisms in comparably good condition, making them important tools for tracking changes in faunal assemblages. They reveal to us what the insect world looked like before the beginning of the Anthropocene, the human-influenced age, and should therefore definitely receive greater attention,” adds Solórzano Kraemer in conclusion. 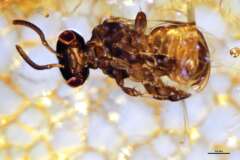 The research team studied a total of 36 bees, including the two new species. Photo: Senckenberg 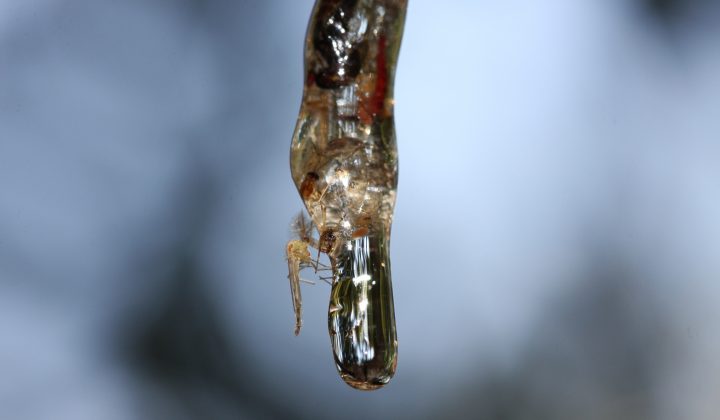 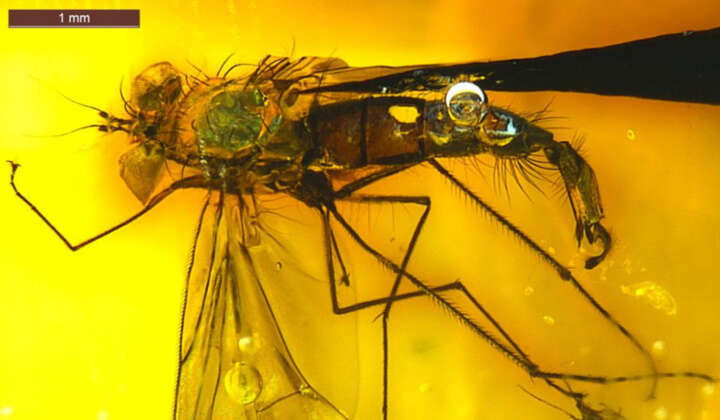 Digitization is of great importance for the amber collection and the trilobite collection. Support us in this!

Clear temporal delimitations for amber, copal, and resin aid in studies regarding the loss of biological diversity

Madagascar Copals Turn Out to be Resin

Findings do not have a paleontological, but a recent value