The MiningImpact project has started its expedition SO295 investigating the environmental effects of polymetallic nodule mining on the abyssal seabed.

To what extent does polymetallic nodule mining impact the ecosystem in the deep sea? This is what the MiningImpact expedition SO295 with the research vessel SONNE is investigating for the next two months in the exploration contract areas of the Clarion-Clipperton Zone in the North Pacific. During the collection of polymetallic nodules, the bio-active layer of the seabed is removed and the sediments suspended during the mining operation blanket also large areas in the vicinity. The aim of the current research cruise is to determine the extent of the environmental effects one and a half years after an industrial equipment test.

The seabed of our planet harbours large deposits of metal-rich ores. These contain several critical metals, such as copper, nickel, cobalt, lithium, zinc, molybdenum, and rare earth elements, which we need for high-tech products and for the energy transition to reduce our CO2 emissions. Economic analyses therefore predict a strongly increasing demand for these metals until 2050, which may not be adequately met by conventional land-based mining or due to geopolitical crises.

So far, 31 licence areas have been awarded worldwide for the exploration of marine mineral resources – polymetallic nodules, massive sulphides, and cobalt-rich ferromanganese crusts – on the seabed. The International Seabed Authority (ISA) is tasked with the administration of these resources in the “Area”, which is the seabed outside the 200 nautical mile zone of states. In addition, the ISA is also mandated to protect the marine environment from serious harm caused by the utilization of the resources. For this purpose, the ISA has been developing international regulations, the Mining Code, for several years. The ISA is aiming to have this set of rules in place by July 2023.

Expedition SO295 of the MiningImpact project on research vessel SONNE currently sails in the polymetallic nodule areas of the Clarion-Clipperton Zone between Mexico and Hawaii to evaluate how severely and long-term the ecosystem of the ocean floor is affected by polymetallic nodule mining. The participating scientists from twelve different institutes are conducting a follow-up investigation of the effects of an industrial mining test that took place in spring 2021, during which a pre-prototype seafloor nodule collector was used to remove the upper layer of the seabed containing polymetallic nodules on an area of a few tens of thousands of square metres in the exploration licence areas of the German Federal Institute for Geosciences and Natural Resources (BGR) and the Belgian company Global Sea Mineral Resources NV. Investigations are carried out using the GEOMAR diving robots ROV Kiel 6000 for targeted in-situ studies as well as AUV Abyss for high-resolution photographic mapping of the seabed.

“Our scientifically independent investigations during this collector test showed that the bio-active layer of the seabed, the upper four to eight centimetres, was removed in the mined area,” explains Dr. Matthias Haeckel, coordinator of the MiningImpact project and marine biogeochemist at GEOMAR. At the water depth where polymetallic nodules occur, this layer is build up over 10,000 to 20,000 years due to the sinking of dead plankton. In addition, the seafloor layer removed during the mining introduces a cloud of sediment into the near-bottom water, which is deposited on the seabed even outside the mining areas. “As a consequence the impacted area is larger than the mined area. The effects are also long-term – it will take centuries for the ecosystem functions in these areas to recover. The special manganese nodule habitat is permanently destroyed.”, adds co-chief scientist Dr. Felix Janßen and researcher at the HGF-MPG group for deep-sea ecology and technology at the Max Planck Institute for Marine Microbiology and the Alfred Wegener Institute Helmholtz Centre for Polar and Marine Science (AWI). For economic reasons, a single industrial nodule mining operation would need to mine 200 to 300 square kilometres of seafloor area per year.

Polymetallic nodules occur on the seafloor in water depths of 4,000 to 6,000 metres in all oceans and form very slowly over millions of years. The approximately potato-sized polymetallic nodules consisting of manganese and iron oxides provide a habitat for specific deep-sea organisms, such as stalked sponges, soft corals, sea anemones, and barnacles, which do not occur on the soft seabed. „The soft sediment of the abyssal seafloor is inhabited by hundreds of species, such as isopods, brittle stars, nematodes, and bivalves, which will also be affected by the exploitation of polymetallic nodules. The biodiversity is huge. Most species have not yet been described and nothing is known about their mode of life.“, points out Professor Dr. Pedro Martínez Arbizu, head of the German Center for Marine Biodiversity Research at Senckenberg and chief scientist of the current expedition.

The MiningImpact researchers from eight European countries have been working successfully since 2015 towards a comprehensive understanding of the deep-sea ecosystem in polymetallic nodule areas as well as the assessment of environmental risks of deep-seabed mining. Based on the knowledge gained, MiningImpact scientists are making concrete recommendations to inform the Mining Code of the International Seabed Authority and are active in discussing their results with a wide range of decision-makers to develop environmental standards and options for minimising large-scale and long-lasting environmental damage. MiningImpact is thus already actively contributing to the environmental impact assessment of deep-sea mining called for by the German government this week.

The ongoing expedition SO295 is the fifth research cruise of the MiningImpact project. Previous expeditions SO239 and SO242 investigated decade-old disturbance tracks in polymetallic nodule areas, while expeditions SO268 and the BGR-led cruise MANGAN 2021 conducted baseline investigations and a scientifically independent monitoring of the first industrial collector test. SO295 will now collect the important first data set on impacts on the deep-sea environment one and a half years after the test. 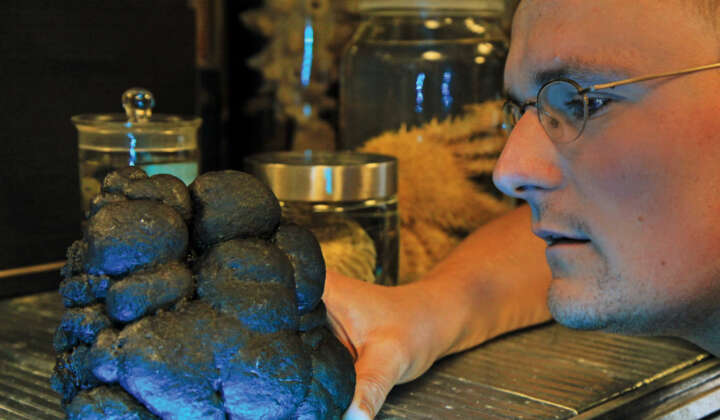 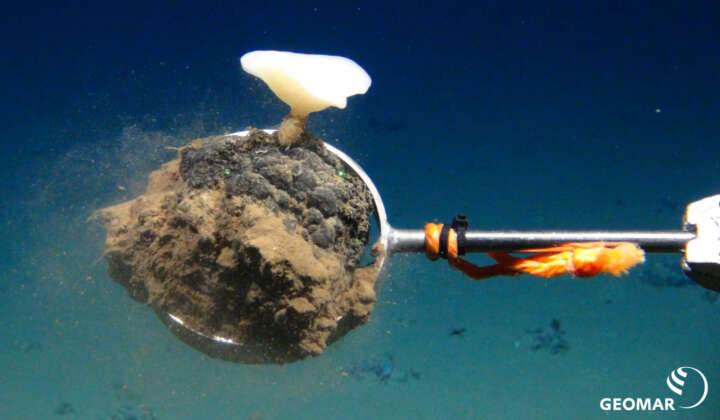 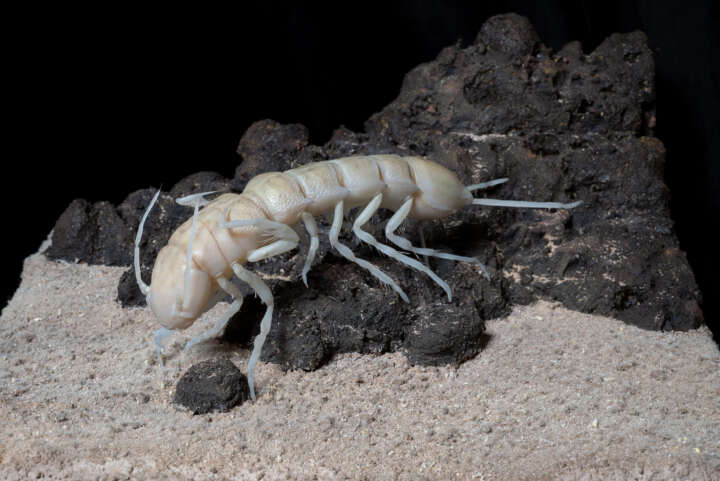 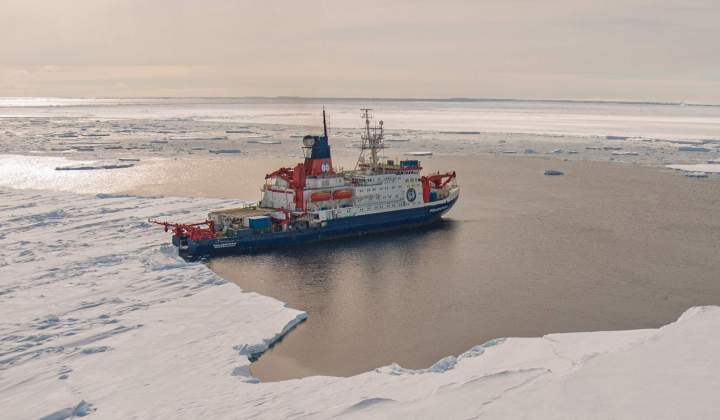