Since describing D. invadens as a new species of slug, we have reviewed published data on the timing and extent of its global spread and also studied its spread in our area over the border into Poland. Most recently we have used genetic variation to identify its origin as the southern part of Italy. Unlike elsewhere in its range, the haplotypes there are usually unique to a site, and the genetic differences correlate with geographic distance apart. This work also shows that import controls into North America and Australasia have been successful to the extent of stopping entry of some of the commonest European haplotypes. A Bayesian skyline plot considerably overestimated how long ago the population expansion of D. invadens occurred: the general lesson is that for recent population expansions one must use a much higher substitution rate than those conventionally used, which have been calibrated by ancient geological or climatic events. [Link to abstract]

Invasion and hybridisation in Arion vulgaris

We have been monitoring the local invasion of the notorious pest slug Arion vulgaris and have also published on its ability to mate with the native species Arion ater [link to video], which it has displaced. Most recently we have written about results based on traditional dissections of genitalia. Our initial aim was to recognise the temporary occurrence of morphological intermediates, presumably hybrids. But this reseach, in combination with genetic sequencing, also showed that three subspecies of Arion ater occur in our region. The necessary revisions of the taxonomy required going back to 18th and even 17th century literature, and collecting fresh material from type localities in England and France. [Link to article]

Using mating behaviour as a taxonomic character in Deroceras slugs

We have found that studies of slug mating behaviour provide excellent taxonomic characters to delimitate species that have previously been confused, especially in combination with morphological and genetic characters. As an example we showed that western populations of the slug Deroceras rodnae are a reproductively isolated species, D. juranum (in one species the penis everts upwards, in the other downwards: link to videos). And we also were able to show that most populations of the globally invasive „D. panormitanum“ were in fact another species, D. invadens, previously undescribed: more videos here. More recently we have applied the same approach to show that Deroceras cecconii is a common but overlooked species in Italy, and this has also turned up as an introduction close to Görlitz.

It’s really low tech! Simply go to the same spot every couple of weeks and collect a sample of slugs. If you plot their weights, you already get an idea about the life cycle, but we were a little more sophisticated by dissecting out different components of the genitalia. A calibration with slugs reared in captivity showed that the ratio of weights of these components provides an estimate of maturity independent of size. We have applied this technique to five species of Arion slugs living together at a site in southern England and are now repeating the approach with local populations of Deroceras slugs. [Further information]

A number of our papers simply report the occurrence of a species somewhere completely new, although we may use that as an opportunity to review the literature about that species. Often this concerns European species that have been introduced to places where nobody yet recogises them. [Click for examples] 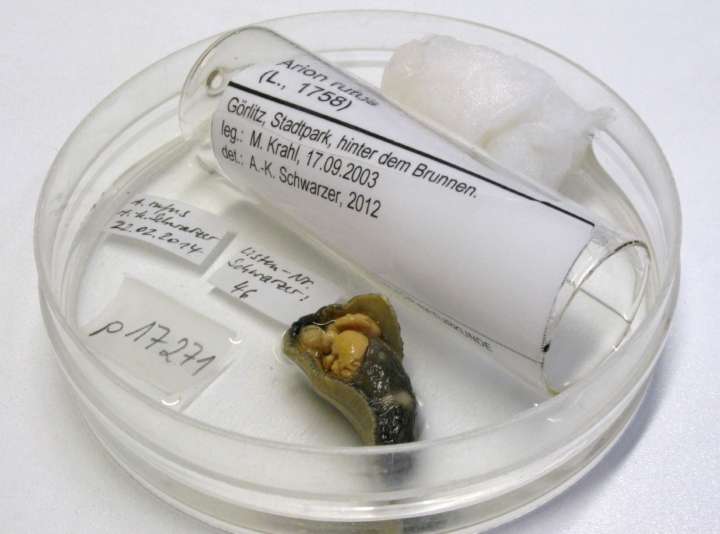 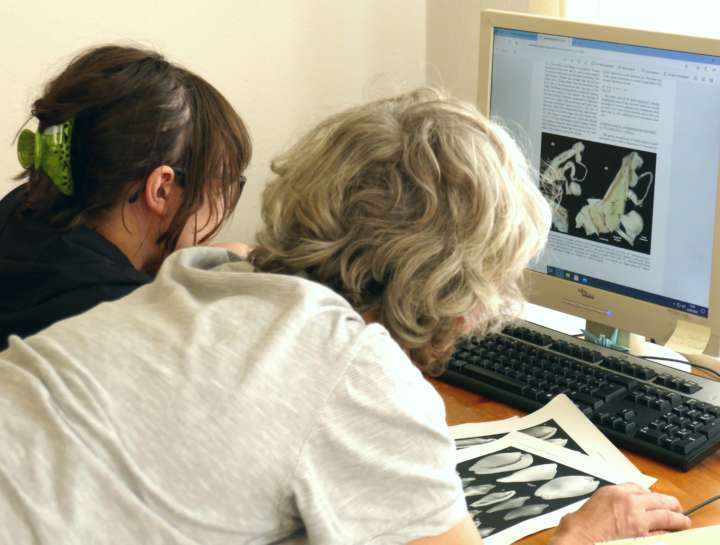