In the research field Meiobenthic Arthropoda we investigate small arthropods like for instance isopods, amphipods, and copepods as representatives of meiobenthic Crustacea, as well as halacarids, and pycnogonids. Presently, the main attention is paid to benthic copepods, namely the Harpacticoida. These are mall crustaceans (0.2-1.0 mm) inhabiting almost all habitats in the world’s oceans, reaching from beaches down to the deepest so far studied deep-sea areas. Main topics are the acquisition of species in the different marine habitats, as well as the description of newly reported, so far unknown species (taxonomy). Using exceptionally powerful light microscopes, we produce detailed illustrations of new species including dorsal and lateral views of their body (see Figures) and all appendages (mouthparts, swimming legs, etc.). Discrimination of harpacticoid species is generally unproblematic, as they show much unique specificity on their body shape and limbs (morphology). Thus, species may be recognized without major complication. Furthermore, we investigate the phylogenetic relationships between different harpacticoid taxa (phylogenetic systematics) aiming to recognize the origin, the evolution, and the relations of recent species.

The results of the taxonomic and phylogenetic research, coupled with studies on recent species distribution in the oceans (chorology) as well as with the comparison of different areas by means of the species found there (faunistics) may lead to conclusions regarding harpacticoid origin and dispersal in the oceans in the course of time (biogeography). 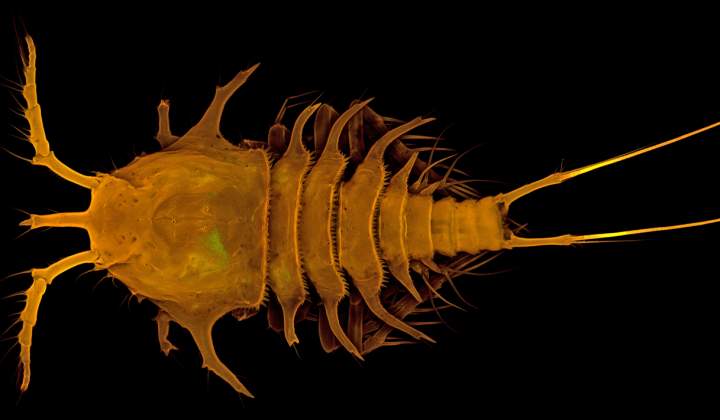 To understand the distribution patterns of Copepoda Harpacticoida in the oceans, besides geographic, ecologic, and hydrographic also phylogenetic aspects have to be considered. Altogether they provide insight into the dispersal of the organisms not only in space but also in time (biogeography).